The same extremely impressive M1 chip powers both the Macbook Air and the MacBook Pro, but the Air throttles performance if it gets too hot. But what if it didn’t get too hot? In this 8.5-minute video, Linus Tech Tips shows how he modded an Air to match a Pro’s performance… at a cost.

In testing, Linus found that the Macbook Air and MacBook Pro performed pretty much the same when it came to benchmarks over shorter lengths of time. But once a benchmark test required longer to perform, the Air would start to throttle itself to make sure it didn’t overheat while the Pro was able to keep its output.

Why? The most notable physical difference between the MacBook Air and the MacBook Pro is active cooling. The Pro has a fan, while the Air stays whisper quiet in operation thanks to its fanless design. The Air manages to be fanless thanks to some clever engineering on Apple’s part. It uses a heat sink on the inside of the chassis to pull heat away from the CPU. All the heat the CPU generates is pulled away by this heat sink, and the only place it can go after that is radiating around inside the computer except for a single vent at the bottom of the screen. 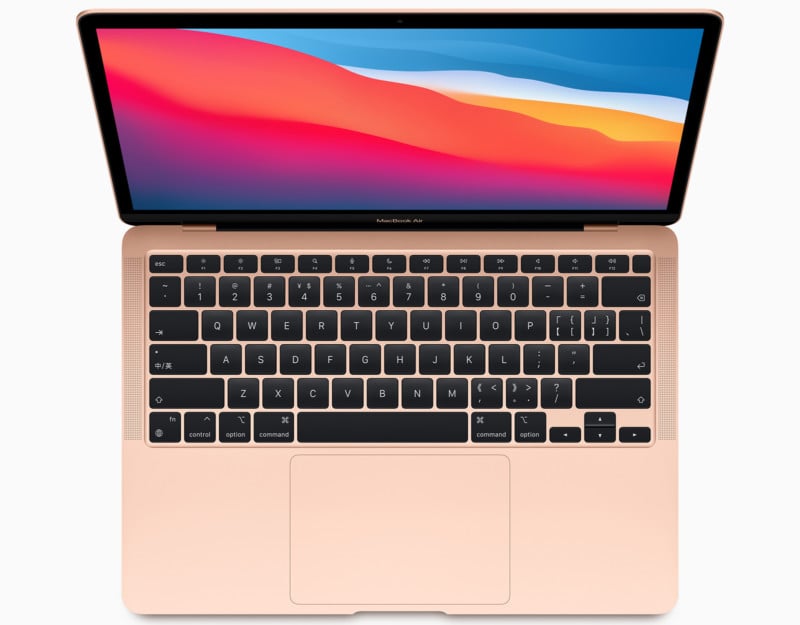 But at a certain point, that passive cooling just isn’t enough to keep the CPU from overheating. Eventually, that heat sink warms up to the point it matches the temperature of the CPU, and the computer then has to throttle its performance to reach equilibrium and not damage itself.

Linus decided to test adding cheap thermal pads to that heat sink to increase its ability to passively radiate heat away from the CPU by giving the sink a connection to the aluminum base of the Air. As you may know, aluminum is an excellent material for sinking heat.

The result of this modification? Not only does it match the MacBook Pro, it actually slightly beats it. Linus speculates that the reason it is able to outperform the Pro is because the Pro has to take a moment to power up its fan and see the results of it, and in that short span of time it falls behind the Air which has to perform no such task: it can just keep chugging along. 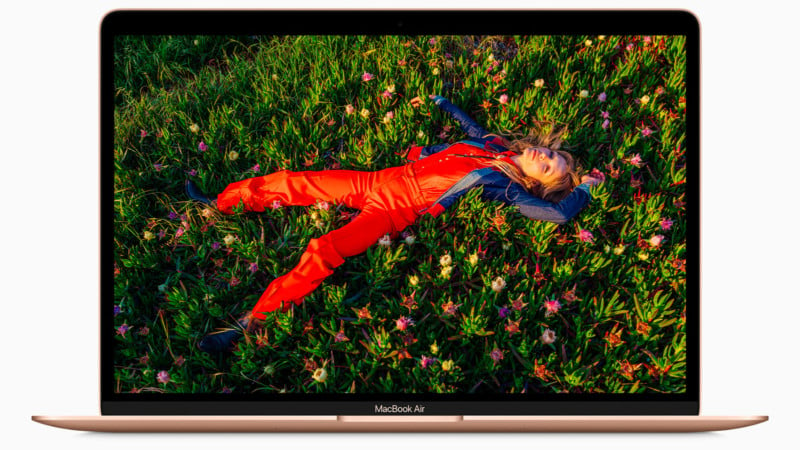 Sounds like a great modification everyone buying an Air should make then, right? Well, maybe not. The downside of this modification is that the base of the computer saw temperatures rise by seven and a half degrees.

There are actually regulations that state how hot a laptop is allowed to get for the safety of consumers, and as you might expect that seven and a half degree jump results in exceeding that safety threshold. So, it’s likely that this mod might cause you some serious discomfort if you work with a laptop actually on your lap.

So while the only major reason the MacBook Air isn’t as good as the MacBook Pro off the shelf is because of heat, as long as you don’t mind risking damage to, as Linus says, your “delicate bits,” he doesn’t see a reason not to do this because it’s completely reversible. That said, he admits he isn’t sure if there will be any long term downsides that might arise. But as long as you don’t plan to put the laptop on your lap when asking it to do serious computations, he’s a fan of adding cheap thermal pads to the heat sink in the MacBook Air to allow it to work at MacBook Pro strengths.