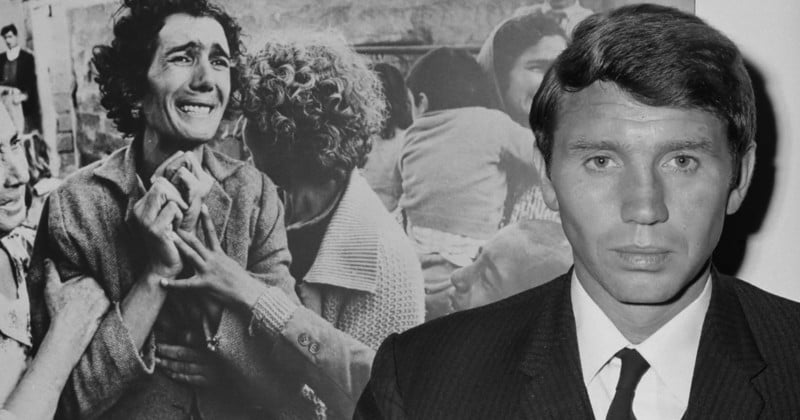 Angelina Jolie is set to direct a biopic of Don McCullin, a British photojournalist who is one of the most well-known photographers of war and urban strife. Tom Hardy will portray the photographer and McCullin is actively involved in its production as executive producer.

McCullin is a still-active photographer who did the bulk of his most notable work from the 1960s through the 1980s. The first photo that set him on his path to notoriety was of a local London gang posing in front of a bombed-out building titled “The Guvnors in their Sunday Suits,” which he shot in 1958 and was published to the Observer.

His career saw him cover the Vietnam War, the African AIDS epidemic, and the Northern Ireland conflict. In addition to his conflict photography, McCullin was invited to photograph the Beetles during the height of their popularity. McCullin has written and published multiple books, and in 2012 a documentary of his life titled McCullin was nominated for two BAFTA awards.

“I am humbled to have a chance to bring Don McCullin’s life to film,” Jolie said about the upcoming film. “I was drawn to his unique combination of fearlessness and humanity – his absolute commitment to witnessing the truth of war, and his empathy and respect for those who suffer its consequences. We hope to make a film that is as uncompromising as Don’s photography, about the extraordinary people and events he witnessed, and the rise and fall of a unique era in journalism.”

McCullin chose to work with Jolie in part thanks to her work on the film First They Killed My Father.

“Having viewed Angelina’s last film on Cambodia, and having spent so much time during the war there, I was very impressed at how she made such a powerful and accurate representation of the place at that time,” McCullin said. “I feel as if I am in safe, capable, and professional hands with her.”

The film will be titled Unreasonable Behavior after McCullin’s autobiography of the same name and was centered around his coverage of international conflicts.

(via The Guardian and Art News)