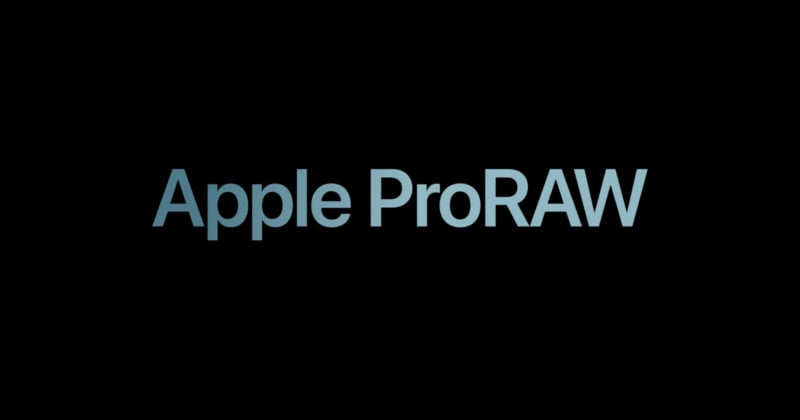 Apple’s combination of RAW and computational photography into a single DNG file that it calls ProRAW is now available for the iPhone 12 Pro and 12 Pro Max with iOS version 14.3.

ProRAW is Apple’s solution to a frustrating tradeoff: Previously, if you wanted to take advantage of the iPhone’s multi-frame computational photography tech (Smart HDR, Deep Fusion, and Night Mode) you had to use the native camera app and shoot in either JPEG or HEIC. If you wanted to shoot RAW, you had to give all that up and use a third-party app like Halide or Lightroom to capture plain, single-frame DNGs. 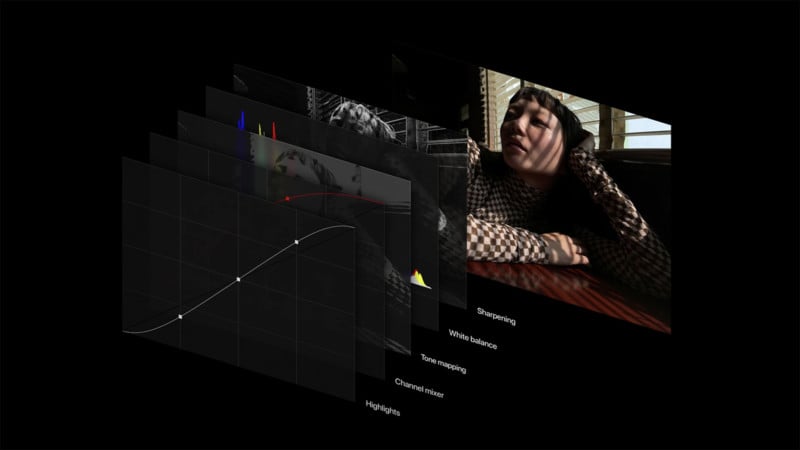 ProRAW allows you to do both. It’s a brand new imaging pipeline developed by Apple that uses the CPU, GPU, and Neural Engine in the A14 Bionic to combine the advantages of multi-frame computational photography with the post-processing flexibility of a Raw file. The resulting image will look very similar to the HEICs and JPEGs that the iPhone’s native camera app shoots by default—especially once Lightroom CC gets the default profile right—except that the output is a 12-bit DNG that should stand up far better to post-processing and offers up to 14 stops of dynamic range.

At least that’s what Apple is promising. 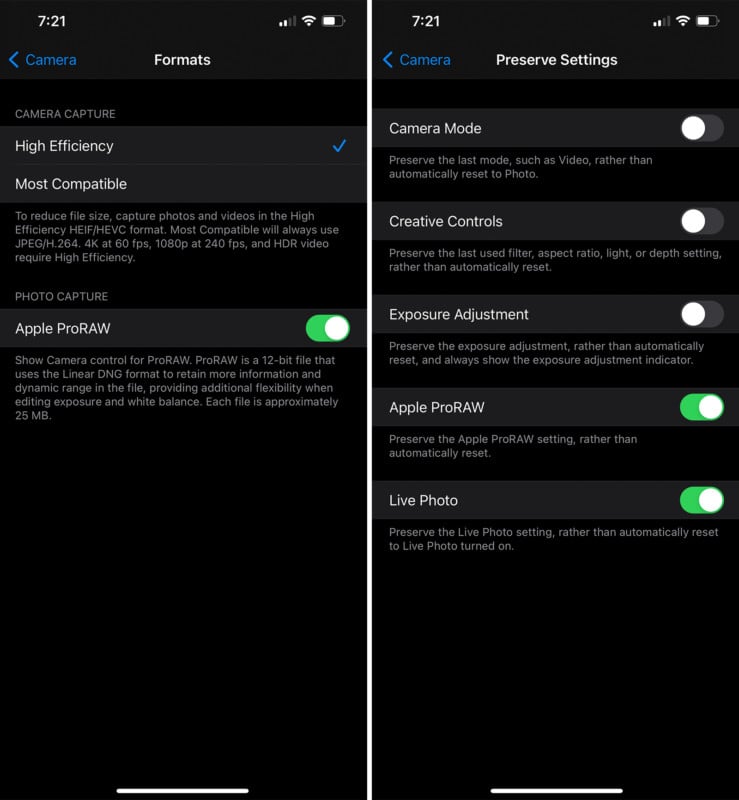 Keep in mind that the setting is not on by default. You have to go into Settings > Camera > Formats to turn it on. At that point, a little “RAW” icon will pop up in the top right of your camera app, allowing you to manually turn on Raw shooting on a case-by-case basis, the same way you turn on Live Photos or Flash.

If you want the feature on by default every time you open the app, you can do that in Settings > Camera > Preserve Settings.