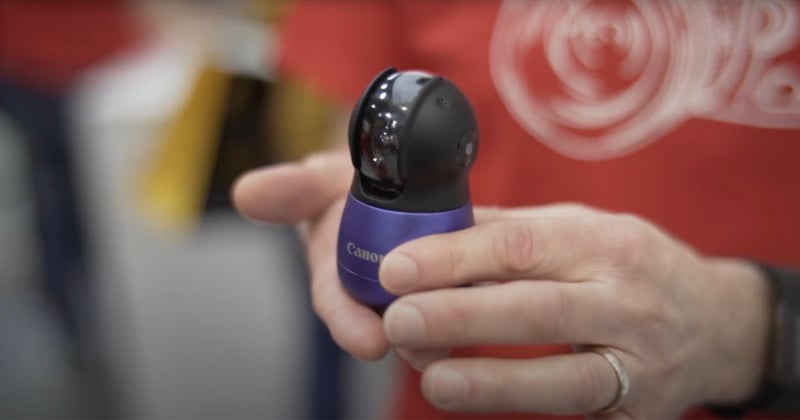 Canon has publicly stated that it plans to put notable effort behind specialized cameras as it prepares for the future of the digital camera industry. Therefore, this latest rumor of a PowerShot camera driven by AI would make a lot of sense.

Canon has been showing off an AI-powered fixed-lens camera for some time, the first instance of which happened at the Photography Show in the United Kingdom, and then again last year at CES in Las Vegas. At CES, the camera was called an “intelligent compact camera.” From what has been seen in the past, it’s not the typical form factor associated with Canon PowerShot products.

While no specific timeline was revealed and the name is still a mystery, if the concept cameras that have been shown are indicative of the finished product, the camera would be fully automated and take pictures for you. Once in place, it would automatically monitor an environment and capture images of what it sees based on the faces that it can recognize.

The idea is that instead of having to rely on a person to take photos of memorable events, just setting and forgetting this little AI-powered camera would allow everyone to enjoy an event without the burden of being the photographer.

As explained by B&H Explora, it was able to be controlled by voice commands, would be useful for parties where it could be set up as a photo booth camera, and it could also serve as a discreet security camera.

At the time, Canon was stating some of its core specifications: a 12 megapixel 1/2.3″ CMOS sensor, a 19-57mm equivalent lens, electronic image stabilization, dust and waterproofing, and an internal battery that could last as long as 2.5 hours. It could be plugged in via USB-C, also has a microSD card port, and could connect both via WiFI and Bluetooth.

Many of those same specifications are echoed in the latest rumor from CanonRumors with the clarification of the camera’s 170-degree panning and 110-degree tilting capabilities.

Of note, Canon also showed the now-released PowerShot Zoom along with this yet-to-be-named AI PowerShot camera at CES in 2020, which does indicate that while Canon never promised the AI camera would come to market, it is certainly a distinct possibility.