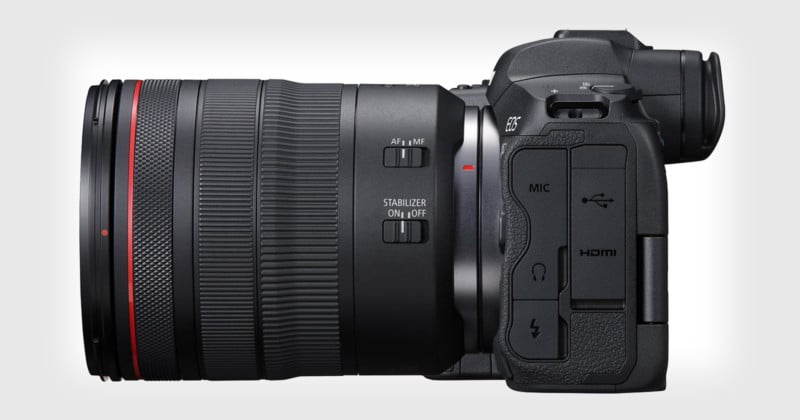 Canon’s had a rough go of it the past few weeks, but there are a couple of bright spots on the horizon. Reliable reports indicate that Canon is preparing to release two important things: new firmware for the EOS R5, and the much-anticipated RF 70-200mm f/4 lens.

In case you haven’t been following the news, Canon’s been in the middle of several quagmires in the past few weeks. EOS R5 and R6 overheating tests continue to dominate headlines, Canon USA was hit with a major ransomware attack, and the canon.image cloud storage service irreversibly deleted a bunch of its users images and video files.

But there is good news. On the EOS R5 front, Canon Rumors reports that the company will soon release a firmware update that will address some of the overheating and video recording concerns. According to CR, firmware that is “coming soon” will include:

This should help with some overheating issues, but may not all be released in the same update, so stay tuned for more news on the R5 firmware front. 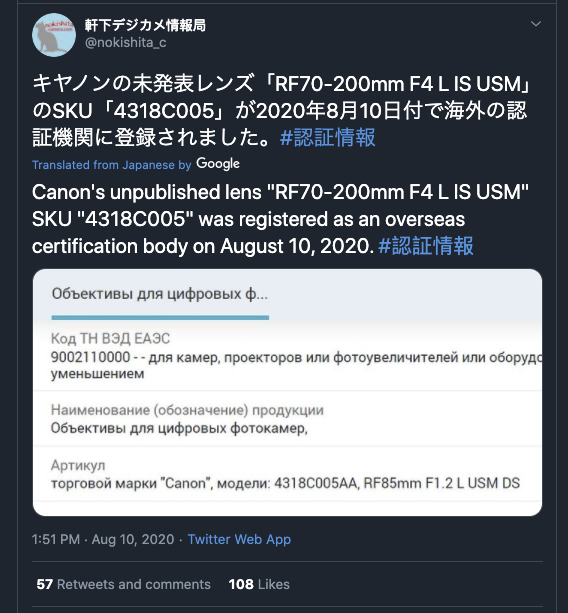 The other major news comes from Nokishita, who discovered that Canon has registered the RF 70-200mm f/4 with a certification authority in Russia. This usually means that an official announcement is just around the corner.

Canon Rumors expects the lens to be announced sometime in the next few weeks, possibly alongside a new RF-mount cinema camera and (more relevant for photographers) another affordable RF mount lens we’d love to see: the RF 50mm f/1.8 IS STM.

Both of these releases should be just around the corner, so stay tuned for more updates in the coming days and weeks. If previous experience is anything to judge by, Nokishita will get their hands on leaked product images just before one or both of these lenses are officially released.