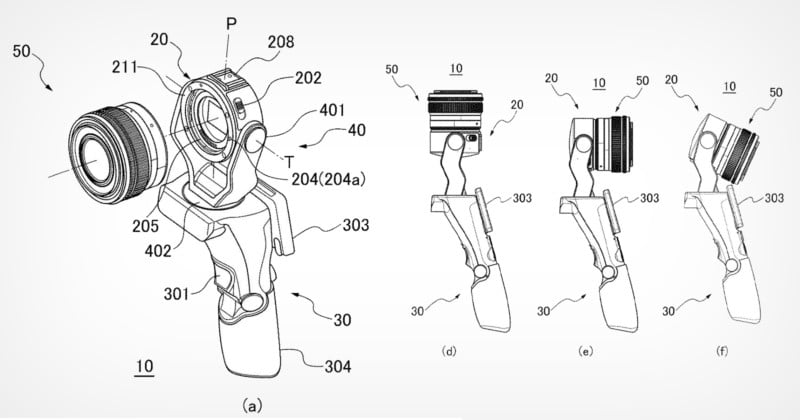 Canon has patented a handheld camera that combines a design reminiscent of the DJI Osmo (now called the OM) with its RF lenses and a rotating hinge. The flipping lens hinge is described as making it much easier to switch between forward-facing and selfie views.

According to the patent, the design was created to make the lens “rotatable.” It consists of a main body, movable portion, lens unit, hinge unit, and a display. 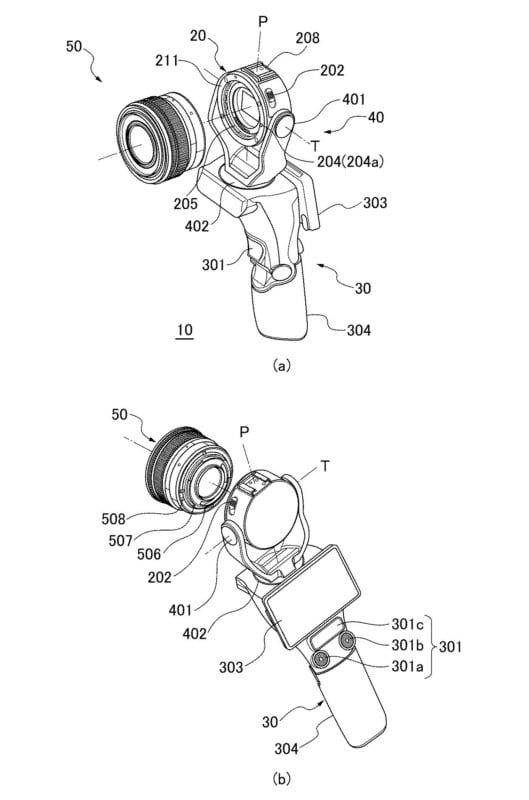 Canon says that the product meets the demand for the need for imaging devices that can capture video content in various situations and angles. As you can see in the illustration below, an attached RF lens can swivel up and down as well as flip fully backward to face the photographer. 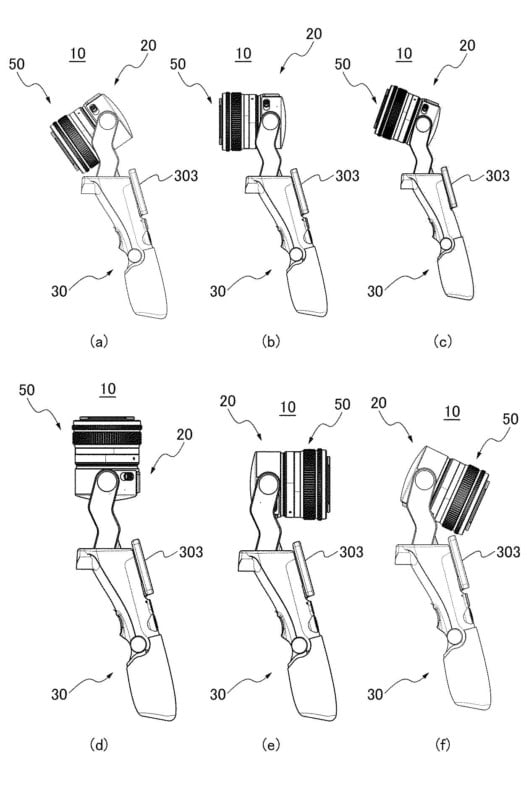 “The image pickup apparatus makes it possible to invert the display according to the orientation of the lens unit while rotating it with respect to the main body,” the patent reads, translated from Japanese to English.

Manually panning and tilting a camera of this design isn’t particularly difficult, but the patent shows both as options that would likely be motorized. Additionally, the inversion of the lens fully backward is clearly a major selling point of the design. 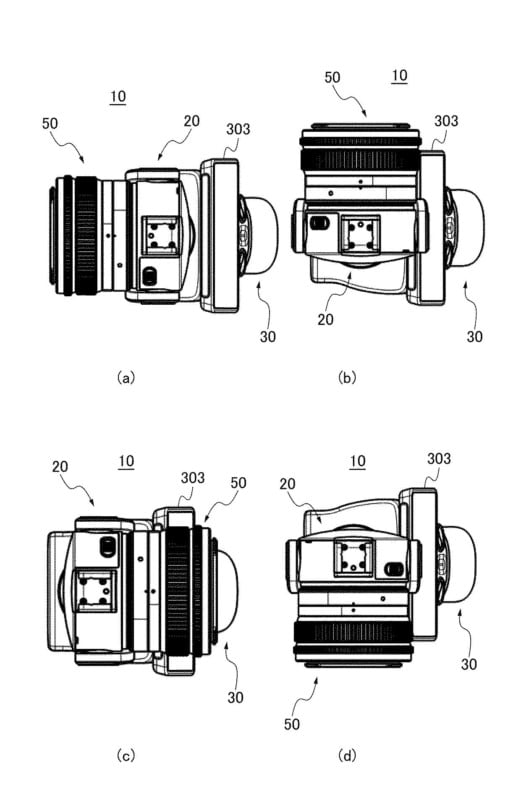 There also does not seem to be any gimbal support mentioned in the design which, if implemented, would be a first from Canon. The gimbals that DJI originally developed for its drones has proven to be one of the company’s most successful implementations of its technology. Without a gimbal, Canon would be relying entirely on sensor and optical stabilization which, while some companies have done a great job making this pretty usable, is less able to adapt to various shooting situations than a motorized gimbal.

Canon has filed five separate patents that deal with this design, which is an unusually high number as Canon News attests. Even if this design doesn’t make it to a finished consumer product, Canon is at least serious enough about it to protect the idea.