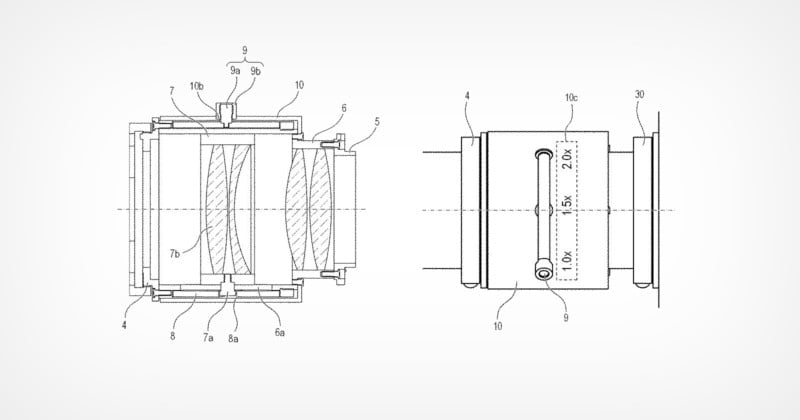 Canon has patented a rather unusual product: a variable, zoomable 1.0x-1.5x-2.0x teleconverter that changes by moving a lever. Based on the design, it’s likely that a lens like the RF 100-500mm would be compatible with it.

The teleconverter is described in the patent as such:

An adapter device attachable/detachable between a lens device and a camera device includes a lens barrel, a moving mechanism for moving the lens barrel in the direction of an optical axis, and an operation part for operating the moving mechanism.

A single teleconverter that contains multiple individual teleconverters would mean that in addition to being obviously more convenient, a photographer would also have a much more weather-sealed solution when photographing in adverse conditions. Instead of having to pull a lens off a camera, swap the teleconverter, and then re-attach it to the body, a simple switch could be toggled to achieve the same effect. 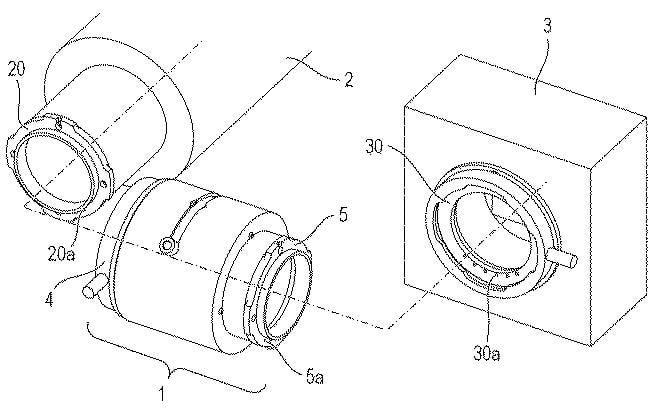 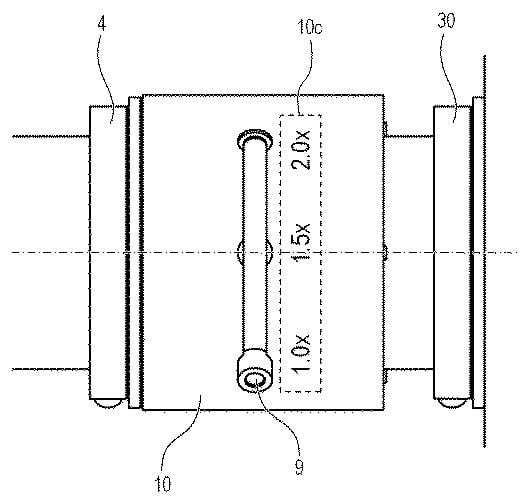 With this concept, it’s possible that a prime lens could be used as a zoom lens when attached to it.

Even more interesting, this particular design doesn’t appear to have an optical system protruding towards the lens. Many of Canon’s highest-quality RF lenses put the rear optic of the lens incredibly close to the sensor. Canon’s stance is that this design makes for much better image quality, but it also results in lenses whose use with teleconverters is impossible. If Canon sticks with the drawings found in the patent, that means that it is very likely that it will be possible to attach lenses to it that can’t be used with traditional teleconverters such as the RF 70-200mm f/2.8L or the RF 100-500mm f/4.5-7.1. 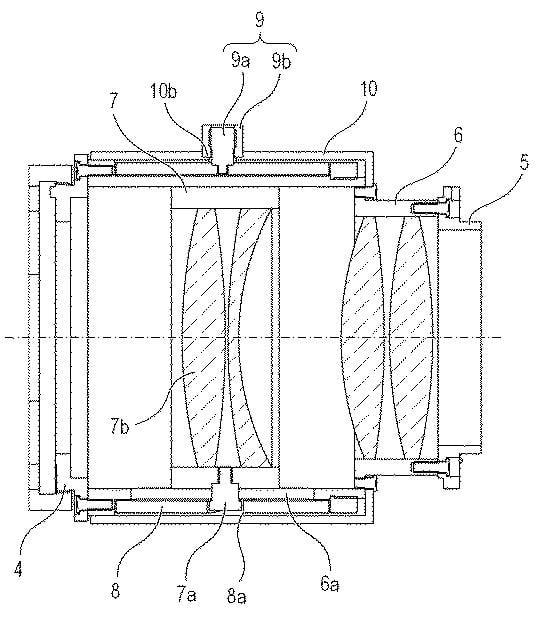 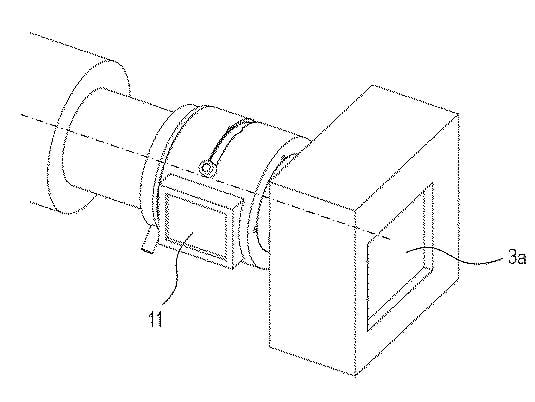 In the last figure above, that rectangle marked with “11” is described as a possible display or camera monitor, which is an additional interesting possibility.

The patent doesn’t go into a great amount of detail with regards to optical formula, so it’s unlikely we’ll see this turned into a consumer product soon. Still, it’s a fascinating new take on teleconverters that if produced would very likely be incredibly popular.