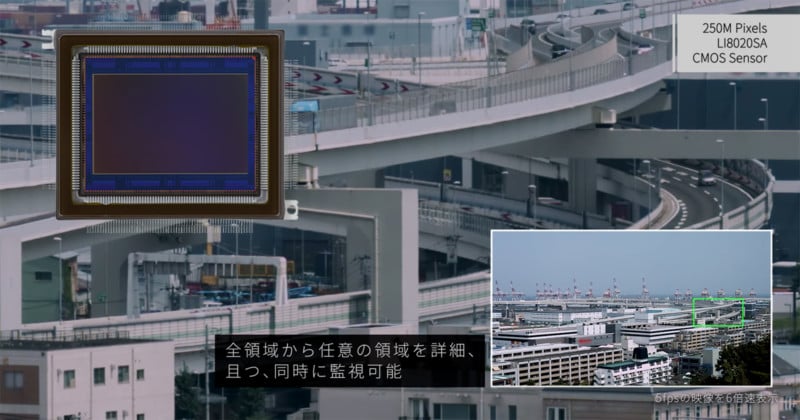 This isn’t the first time Canon has released an ultra-high resolution image sensor. The company showed off a 120MP APS-H chip in 2018, and regularly releases “high sensitivity” CMOS sensors that can pretty much see in the dark.

Check out the demo below to learn more and see these options in action:

As you may have already guessed, Canon isn’t planning to slap this inside a consumer-level DSLR or mirrorless camera any time soon. The press release specifically calls out industrial use, digital archiving, wide area surveillance, and microscopy, and while Canon does mention “video production” at one point, we probably won’t see this particular sensor in any EOS R or Cinema EOS cameras.

Still, while these sensors are rarely intended for consumer use, they show off what Canon’s image sensor division is working on and give both photo and video shooters hope that some of this tech will trickle down into the consumer market eventually. The ability to pack more pixels on a sensor certainly will come in handy when Canon releases the rumored 90MP EOS R5s.

To learn more about this ultra-high-resolution image sensor, watch the demo video above or head over to the Canon Japan website. And if you want to see even more up-and-coming sensor technology from Canon, check out our feature on the company’s latest “high sensitivity” image sensor that can shoot Full HD video in near-darkness.