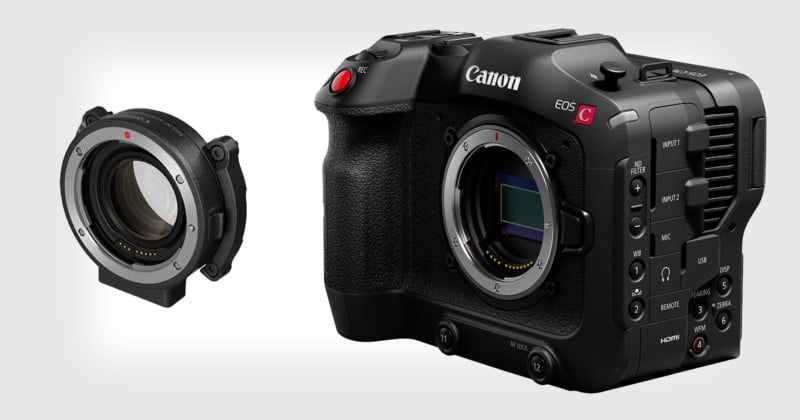 After many weeks of rumors and leaks, Canon has officially unveiled its first RF-Mount Cinema EOS camera: the 4K EOS C70. In addition, the company also debuted a new EF-to-RF speedbooster, which allows users to take full advantage of full-frame EF lenses on the C70’s Super 35mm sensor.

The EOS C70 is the first Canon cinema camera with an RF mount, and as such Canon is calling it a “seamless bridge between EOS and Cinema EOS. Thanks to its RF mount and unibody design, the camera is the smallest Cinema EOS camera to date, making it ideal for run-and-gun shooting or more flexible scenarios like documentaries, news gathering, and corporate videos.

In other words: if you’re a filmmaker, Canon really wants to push you towards this camera rather than the EOS R5. 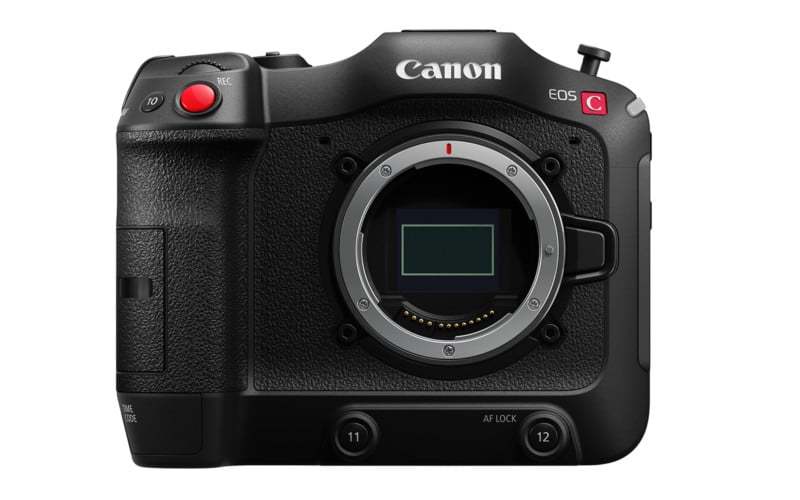 If you do decide to go Cinema EOS, Canon has included some very handy features. At its core, the EOS C70 features a Super 35mm Dual Gain Output (DGO) sensor that claims to offer a whopping 16-stops of dynamic range by reading each photodiode at two different gains: one to prioritize saturation and protecting detail in highlight areas, and the other to suppresses noise in the shadows.

Other notable features include dual-pixel autofocus, “coordinated” electronic IS, support for Canon Log 2 and Canon Log 3 Gamma, two SD card slots that can record different codecs and resolutions at the same time, two mini-XLR audio inputs, a full-sized HDMI port, and a built-in ND filter system that puts 2-, 4-, 6-, 8-, and 10-stop options right into the camera body.

And if you were wondering what Canon considers proper cooling for a no-record-limits cinema camera with an RF mount—even one that maxes out at 4K resolution—the EOS C70 is your answer. From the massive body, to the external battery placement, to the huge fan behind the LCD screen that reportedly does not impact weather sealing, Canon isn’t messing around here…

Here’s a quick intro to the new camera from Canon USA:

And here’s a closer look at the new camera from all angles: 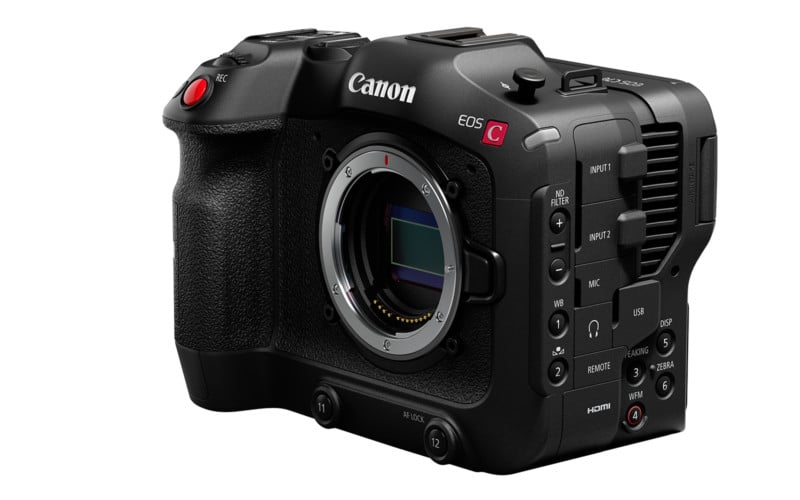 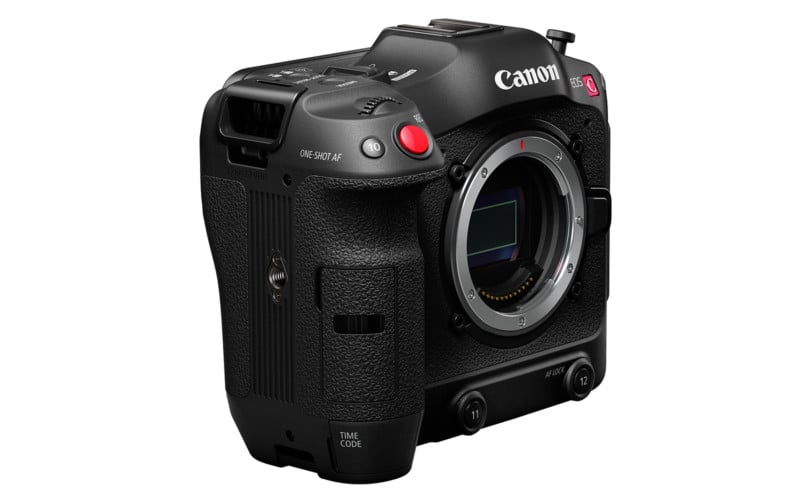 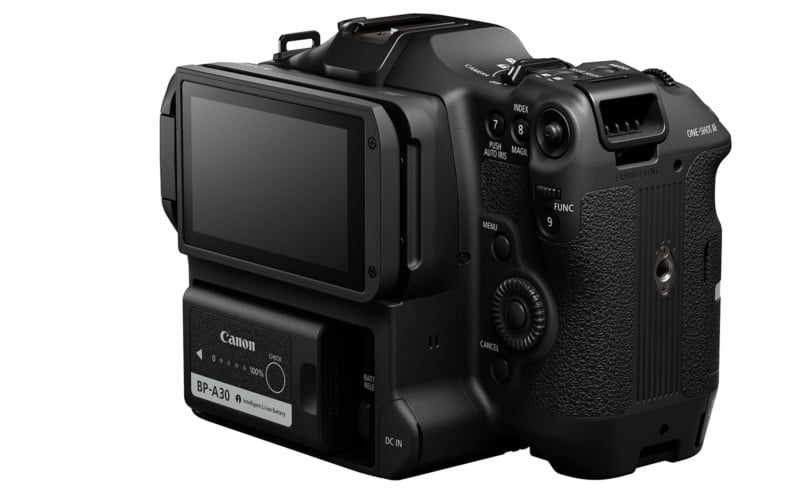 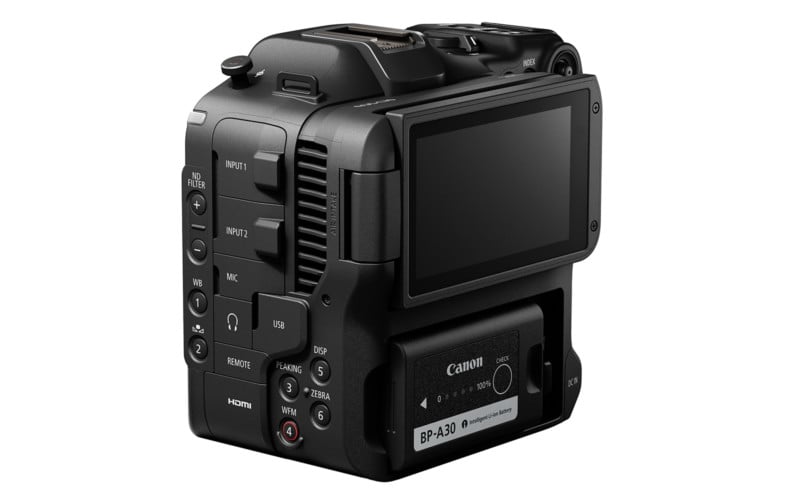 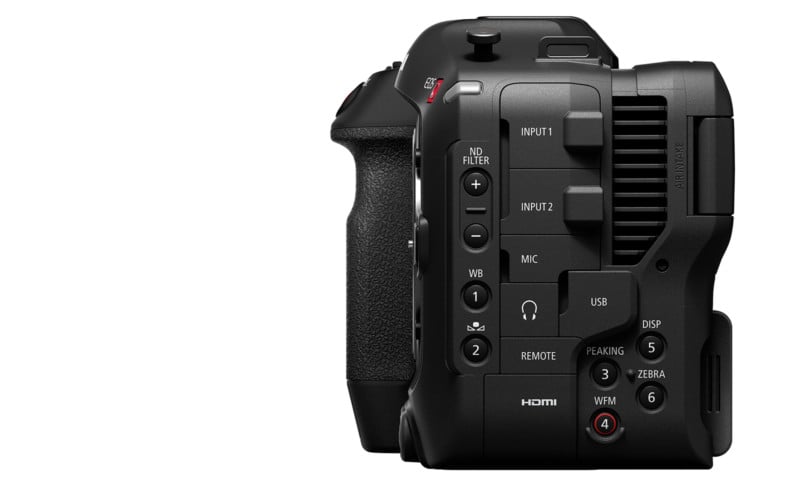 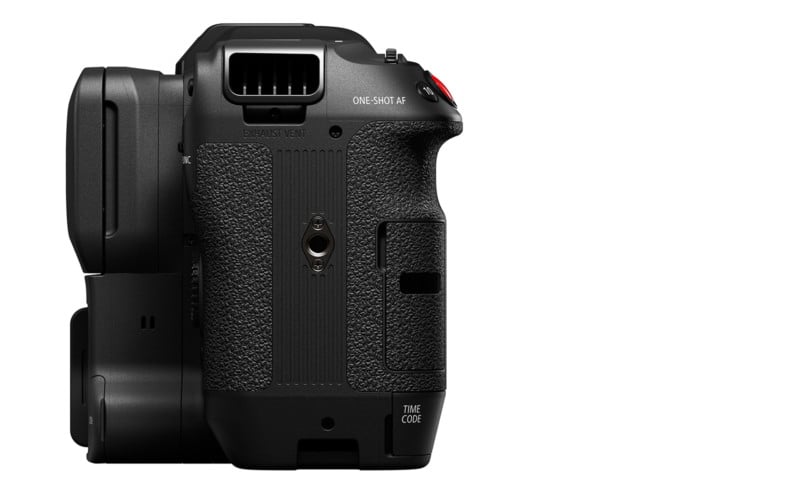 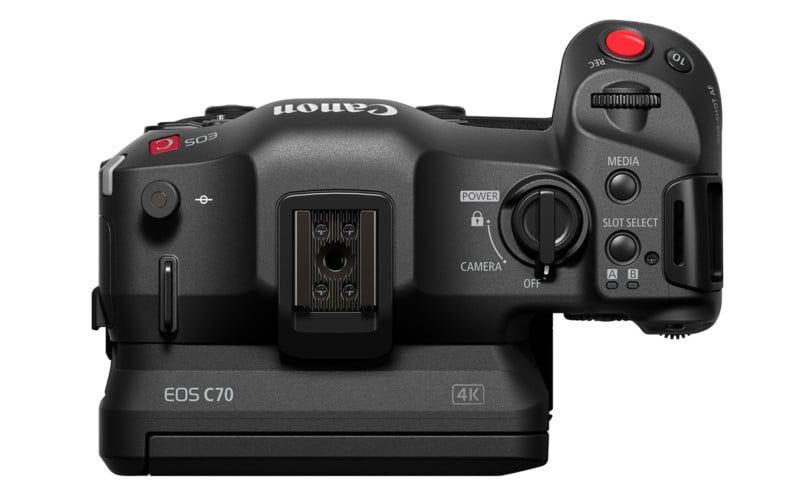 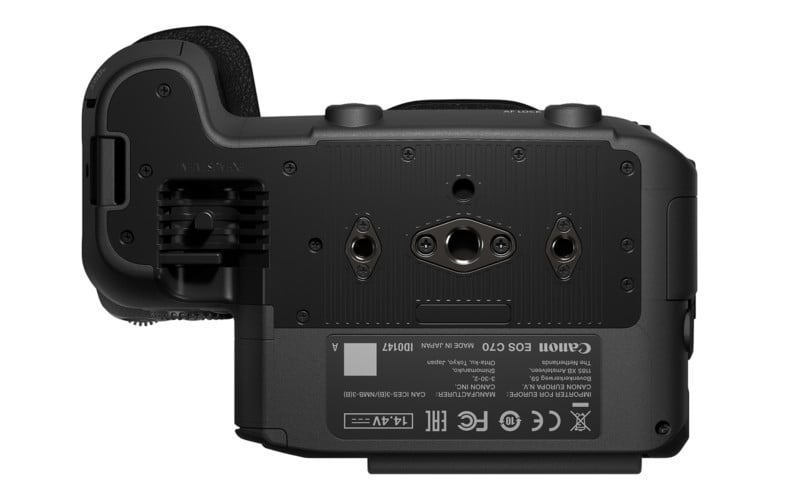 In addition to the camera, Canon has also debuted a new optical adapter called the EF-EOS R 0.71x. In other words: Canon made an EF-to-RF mount 0.71x speedbooster.

The adapter is made specifically for the C70, attaching via the standard flange and then securing to the camera using two screw-in brackets. As you would expect from a focal reducer, the EF-EOS R 0.71x optical adapter can squeeze the entire full-frame image from EF lenses onto the 4K Super 35mm image sensor of the C70, while simultaneously increasing sensitivity by one stop as it gathers more light. 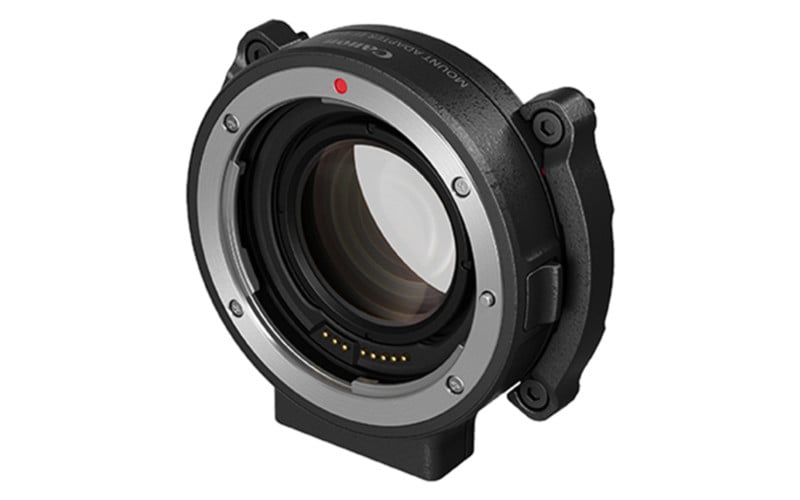 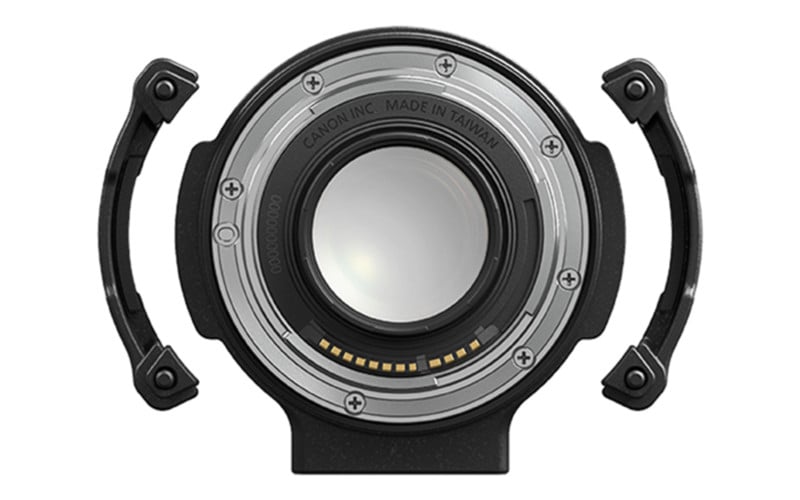 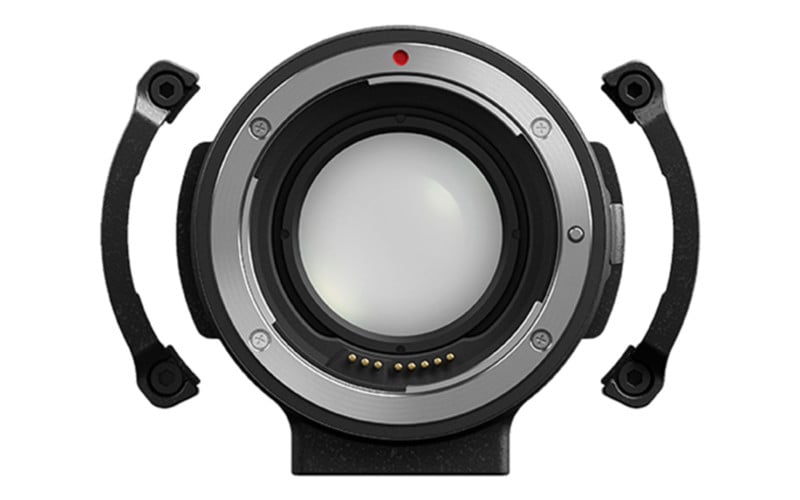 The Canon EOS C70 is already available for pre-order for $5,500, and is scheduled to ship in November. The EF-EOS R 0.71x won’t arrive until December, but you can pre-order yours here for $600.

To learn more about the camera and speedbooster, check out this hands-on first look from Adorama: