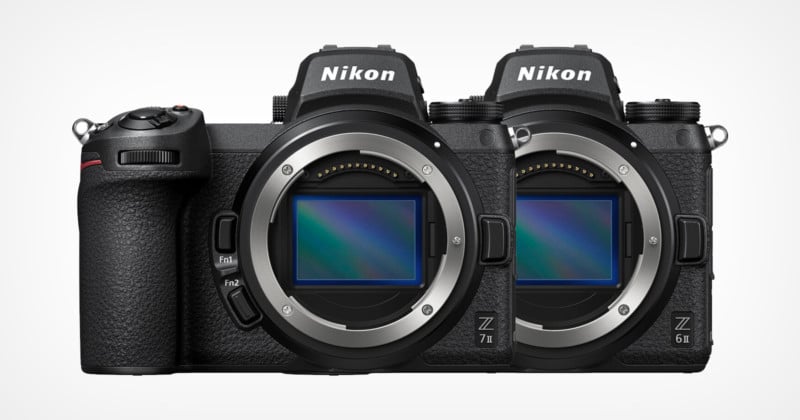 Nikon has announced a new firmware update coming on February 25 that will improve the eye autofocus capabilities of the Z6 II and the Z7 II as well as bring additional video features to the full-frame mirrorless cameras.

Firmware Version 1.10 update will improve the performance of Nikon’s Eye-Detection Autofocus (Eye-AF) on both of the company’s latest full-frame mirrorless cameras. The main change is that the autofocus will now work when the subject’s face size within the frame is small. Specifics of how small the face can be in the frame were not mentioned. That said, Nikon promises that the improvements will be most noticeable in auto-area AF and wide-area AF.

Version 1.10 will also update the Nikon Z6 II to support for 4K UHD at 60 frames per second. This feature will only be available in the DX crop factor, and movie quality is fixed at “Normal.”

Late last year, Nikon brought support for Blackmagic RAW to the Z7 and Z6 cameras with the promise the same support would come to the next generation Z7 II and Z6 II cameras. That promise has been fulfilled, however, the same process that applied to the Z6 and Z7 will be required for the Z6 II and Z7 II. In order to “unlock” the ability to shoot in RAW, the cameras must be sent to a certified Nikon facility for servicing.

Nikon does not state why the upgrade for RAW video recording capability requires servicing at a Nikon facility and the upgrade costs $200. You can find a local service center that is capable of providing this update here.

Once serviced, the update will enable RAW video output by both cameras to Blackmagic Design external recorders and both Blackmagic RAW and ProRes RAW will be supported.

RAW video output in 4K at 60 frames per second is not supported by either camera.

With the addition of these video capabilities, Nikon is also going to release a new “Essential Movie Kit” for the Z6 II from the end of February. This filmmaker’s kit will include the Nikon Z6 II with the RAW video output function already enabled, an Atomos Ninja V, the Nikon FTZ Mount Adapter, a SmallRig quick-release camera cage, and key accessories such as batteries. The price for this kit was not revealed.