As part of its launch for the GFX100S medium format camera, Fujifilm has published a commercial that pokes fun at the idea of “leaked” tech products. While it stops short of referencing rumor sites, it does play with an idea that has actually happened.

In what seems like a clear reference to a case where an Apple engineer left a prototype iPhone in public in 2010. In the commercial, a Fujifilm engineer, still dressed in a colorful Hawaiian shirt and lei, leaves the $6,000 camera at a breakfast buffet in Oahu. 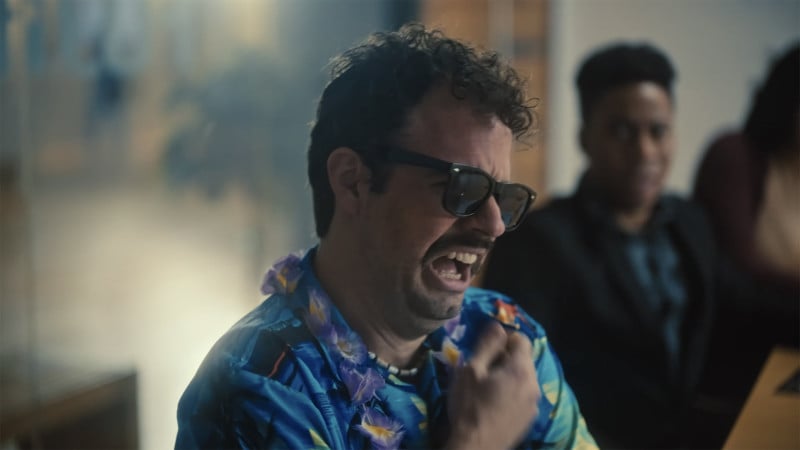 In the iPhone case, a 27-year-old software engineer who was at the time field-testing Apple’s unreleased fourth-generation iPhone accidentally left it at the bar of a German restaurant in Redwood City, California. It is one of the few documented examples of Apple’s now-legendary sphere of secrecy was breached.

In the commercial, the camera thieves threaten to (and actually start to) delete sensitive Fujifilm product launch imagery unless their demands are met. Capitulating, the Fujifilm employees eventually ask to hear what the thieves want.

The commercial takes a turn for the silly when the demands are just for the camera to retail for $6,000, which was Fujifilm’s intent the whole time.

Fujifilm missed an opportunity to poke fun at data leakers like FujiRumors, who had posted pricing and photos of the camera well ahead of the product’s official announcement. The commercial could have shown the thieves threatening to share photos of the camera online instead of deleting the company’s treasured launch content, which is a more realistic scenario. 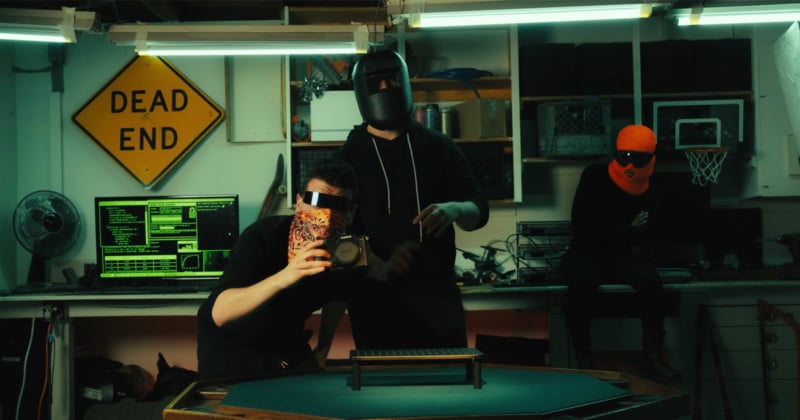 That aside, the commercial is a funny and lighthearted take on tech product launches and is extremely well produced. If you’re interested in reading more about the FujiFilm GFX100S, you can read PetaPixel’s full coverage of the camera here.