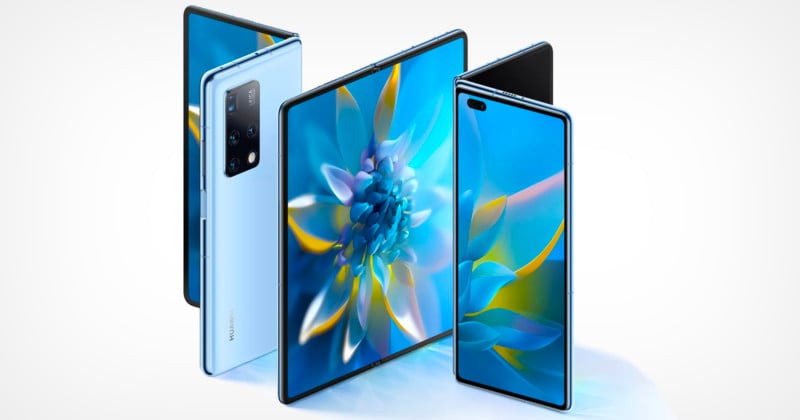 Huawei continues to push ahead along with Samsung in the folding devices space with the announcement of the Mate X2. With massive screen real-estate and a camera array branded with Leica, the phone appears to be on the cutting edge, if it wasn’t for one major, glaring issue.

The phone’s raw specifications look very impressive. It features an 8-inch wide inner screen with a resolution of 2480×2200 pixels and an outer 6.45-inch screen with a 2700×1160 pixel resolution. Both screens are OLEDs with 90Hz refresh rates which are not the 120Hz some might want but is still plenty swift. The folding design improves on the company’s previous Mate X and Mate Xs as it now opens from the inside rather than the outside, along with a hinge that Huawei says it has “perfected” and allows the device to fold cleanly with an “imperceptible” gap.

The Mate X2 uses the Kirin 9000 chipset, Huawei’s in-house flagship processor, which the company says will be the final phone to feature it thanks to US trade sanctions. It also features 8GB of RAM, a large 4,400mAh battery, and fast charging up to 55W.

Packed with over 15 billion transistors, the ultra-compact 5nm Kirin 9000 5G SoC is streets ahead when it comes to high-speed data processing. Consisting of two big cores plus a tiny core, the reimagined NPU pushes AI processing to a new level, while the 24-core Mali-G78 GPU offers heightened image processing. This chip brings greater performance for whatever task you ask of it, from intensive gaming to complex film editing. 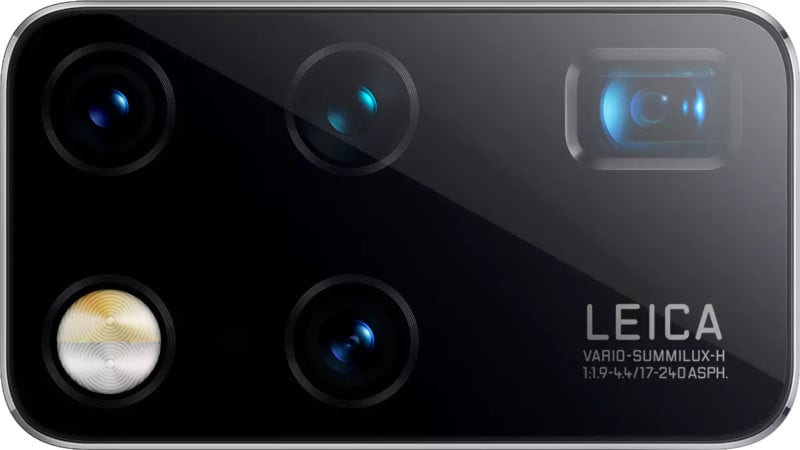 The quad-camera array comes courtesy of a partnership with Leica and features a 50-megapixel “Ultra Vision” wide-angle f/1.9 aperture and optical image stabilization (OIS), a 16-megapixel “Cine Camera” ultra-wide angle with an f/2.2 aperture, a 12-megapixel telephoto that represents 3x optical zoom and an f/2.4 aperture and OIS, and an 8-megapixel “SuperZoom” that promises 10x optical zoom at an f/4.4 aperture and OIS. Huawei says the Mate X2 also supports a 100x digital zoom (but did not provide example images of that for what are obvious reasons: those photos probably don’t look very good).

The Mate X2 also features a macro mode that allows photos to be taken at a close focusing distance of just 2.5 centimeters (~0.98 inches).

Below is a series of photos taken at three focal lengths to give an idea of the Mate X2’s zooming capability. The first is at 1x, the second at 3x, and the third at 10x.

While not mentioned specifically, the camera likely digitally zooms between the optical 3x zoom and the 10x zoom, which likely means that the quality of photos taken in that range will be significantly worse than when it can use a dedicated camera and lens.

Huawei says the Mate X2’s autofocus is powered by a mix of phase and contrast detection but did not offer more details other than that. 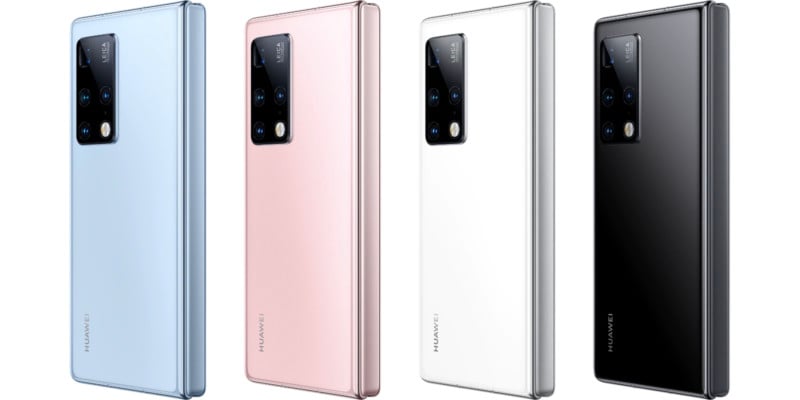 So what is the “glaring issue” initially mentioned? Unfortunately, Huawei devices have a lack of Google apps. For now, it runs on EMUI 11.0 based on Android 10 and will be among the first phones to be updated to its HarmonyOS in late April.

The Mate X2 will go on sale in China starting February 25 and is available in four colors. The 256GB model will cost 17,999 yuan (~$2,785) and the 512GB version will be available for 18,999 yuan (~$2,940). There is no word on if this device will be available in any other markets, and at the time of publication, neither the United States nor European Huawei websites featured any notice of the phone’s announcement.