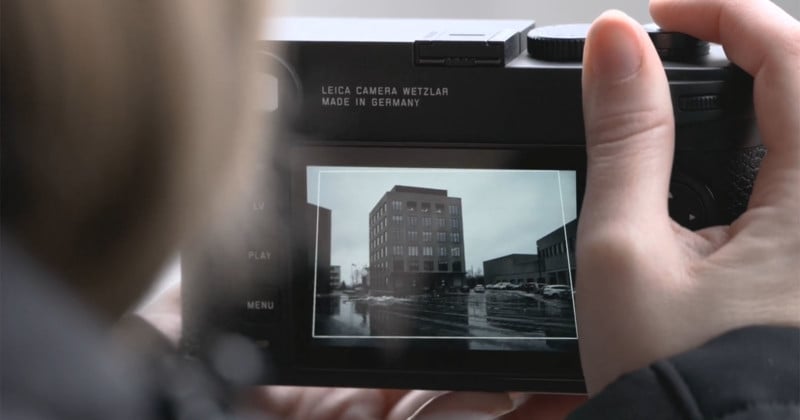 Computational imaging is all the rage these days thanks to smartphone cameras pushing the field forward, and now Leica is doing its part as well. The company has launched new firmware updates for the M10-P, M10-R, and M10 Monochrom that adds a new feature called Perspective Control for correcting distortions.

Leica Perspective Control (LPC) is found as a new option inside the Capture Assistants section of the menu.

Once turned on, the feature using the orientation sensors built into the cameras to figure out how the camera is oriented in relation to the ground, whether it’s straight, tilted upward, or tilted downward.

Using this information, the feature then uses computational imaging to automatically correct the distorted straight lines within a photo in order to make them straight again — this problem is commonly encountered by photographers shooting things like landscapes and architecture.

When framing a photo using live view, the photographer will see an auxiliary frame overlaid on the view that shows how the resulting photo will be cropped through the perspective distortion correction process. 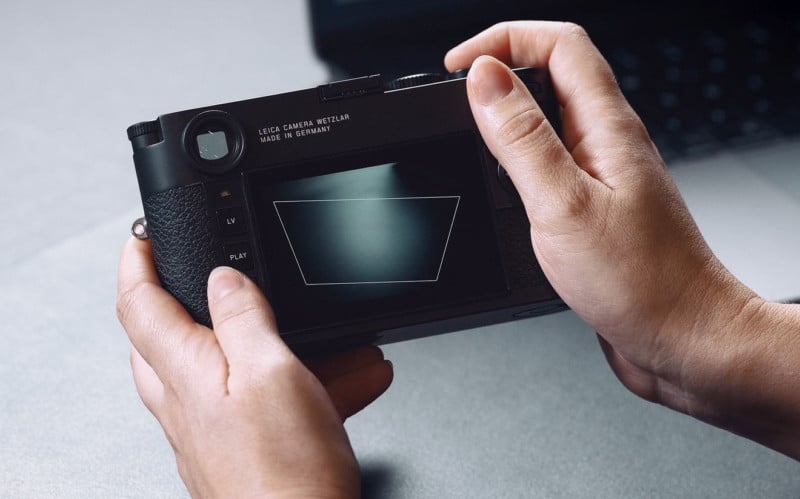 Here are some before-and-after examples showing what turning LPC on does.

If you shoot RAW photos and not JPEGs, the camera will leave your raw data unaltered while writing the Perspective Control calculations to the image file’s metadata. The corrections are then automatically applied when the images are opened up in Lightroom or Photoshop. Since the underlying photo is unchanged, the correction can be discarded during post-processing as well.

“In comparison to the manual distortion correction that is available as an alternative, Leica Perspective Control offers several advantages,” Leica says. “Due to its automated nature, it is faster than the manual process.

“The ability to bring up an auxiliary frame of the corrected image prior to recording, as well as view corrected JPEG images immediately after they were captured, makes it significantly easier to determine the correct framing and most suitable lens.”

What’s more, since the corrections are made with the help of built-in orientation sensors and not through image recognition, the automatic adjustments are made even with photos that don’t contain any straight lines to use as references — photos that are more difficult to properly correct manually.

Here’s a 5-minute video by Leica introducing Leica Perspective Control and showing how it works (it’s in German but you can turn on English captions):

Leica is initially releasing Leica Perspective Control through new M10-P, M10-R, and M10 Monochrom firmware updates. Simply download and install the updates to start using it. No word yet on whether the feature can or will be released for additional cameras in the existing Leica lineup.

(via Leica Rumors and DPReview)