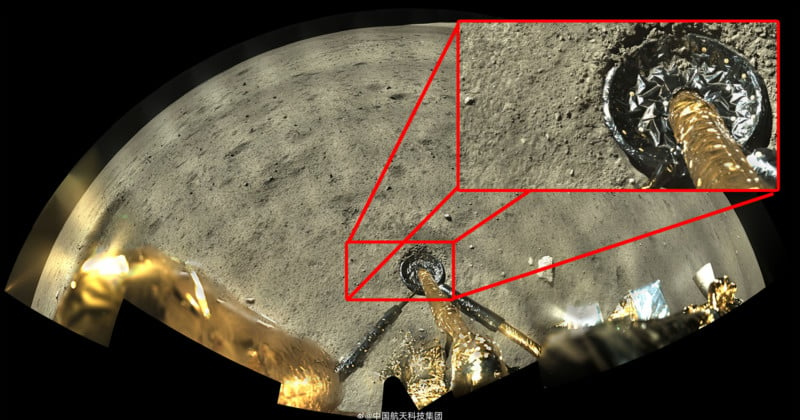 The panoramic image shows the Oceanus Procellarum region of the moon where the Chinese spacecraft landed and depicts the lander and one of it’s legs in the foreground with the moon’s surface stretching out in front of it. The color photo is 15,000 x 7,947 pixels or approximately 119 megapixels in size. 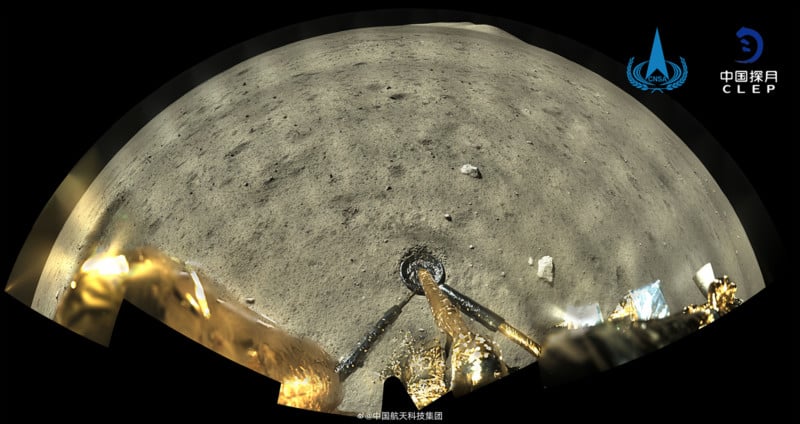 The first photo that was taken on the surface of the moon also happened to be in the Oceanus Procellarum region and was captured from the Societ Luna 9 Lander in February of 1966. Comparing this image to the one from the Chang’e 5 probe beautifully illustrates how far technology has come.

In 2015, over 8,400 high-resolution scans of photos shot by the Apollo astronauts during trips to the moon were published to Flickr, several of them in color. Though the subject matter of those images are likely to be seen as more compelling, none of them have the sheer size of this latest from the Chinese probe.

In 2016, China published a set of high-definition true-color photos of the moon’s surface that were captured by an earlier predecessor to this probe, the Chang’e 3. Those images were approximately 43 megapixels each and while impressive, pales in comparison to what Chang’e 5 has sent back today.

The detail of the moon’s surface that can be seen at 100% is incredible: 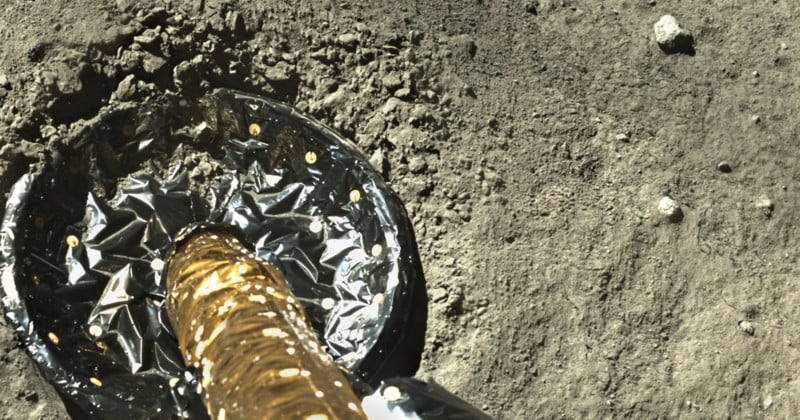 The full resolution image is currently being hosted here.

The landing of Chang’e 5’s descender and ascender unit.

The Chang’e 5 Probe’s goal isn’t to take photos, but to collect lunar material and return it to earth. On December 3, the probe will attempt to launch from the surface of the moon and return to lunar orbit. This is a feat previously only accomplished by the United States and former Soviet Union.