German semiconductor manufacturer Infineon Technologies believes that Time of Flight, or ToF, sensors will become a standard in high-end smartphones. The company believes the technology will overcome low-light focusing issues that currently plague the devices.

In an interview with SemiconductorForYou, the Senior Vice President of Sensors at Infineon Philipp von Schierstaedt says that the company sees development towards 3D mapping via ToF image sensors as the soon-to-be standard in high-end smartphone cameras.

Time-of-flight (ToF) technology projects a single modulated, infrared light source onto an object, person, or scene of interest. The reflected light is captured by the ToF imager, which measures amplitude and phase difference per pixel. The result is a highly-reliable image of the distance plus a gray-scale picture of the entire scene.

“The deployment of 3D sensing technologies… solve(s) the challenges that new applications set to the rear camera and that traditional 2D technologies fail to accomplish: a real 3D depth map,” von Schierstaedt says.

The company believes that certain challenges with using a ToF sensor more widely are about to be resolved with its latest technology. Many ToF sensors simply lack enough resolution when compared with the tradeoffs of needing extended distances or dramatically greater power consumption. 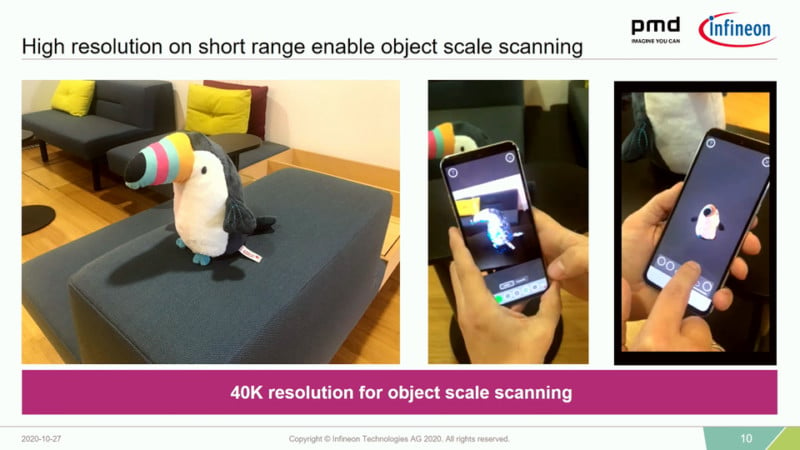 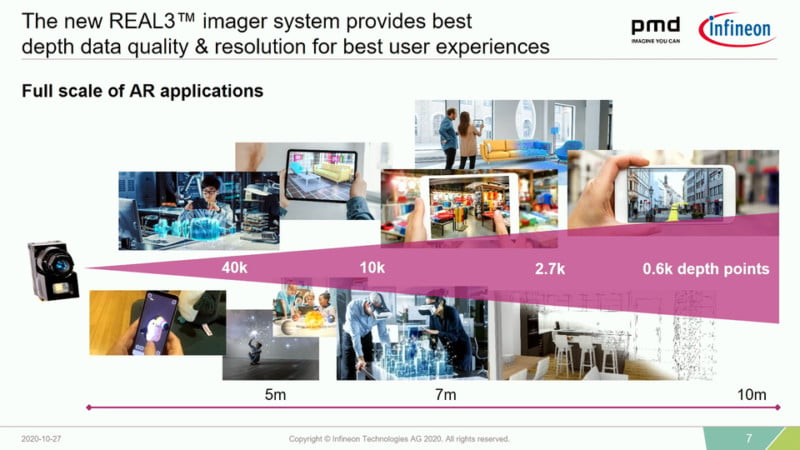 “Such shortcomings are now being addressed by the latest 3D ToF imager generations in the REAL3 portfolio of Infineon,” von Schierstaedt says. “Therefore we’re convinced that we will see our new 3D sensor either enabling new classes of applications or taking existing applications to a new level of quality and user experience.”

Infineon will be up against Sony when it comes to ToF development. Recently, Sony debuted a brand new ToF sensor designed for industrial use, but the company clearly recognizes the benefits of ToF in consumer devices, since the Sony Xperia 1 Mark II has a ToF sensor already. What’s more, Infineon’s stance on the future of ToF sensors does lead credence to the possibility of widespread deployment.

It’s still to be seen if the benefits of ToF are necessary for larger sensors with inherently better low light image capture, but the increased research and development around the technology can only be a good thing for the market. For now, the best application of this 40-year-old autofocusing technology is its continued use in smartphones, which see considerably more benefit to implementation due to the far more compact pixels of the smaller sensors and the overall weaker low light performance compared to large sensor cameras.