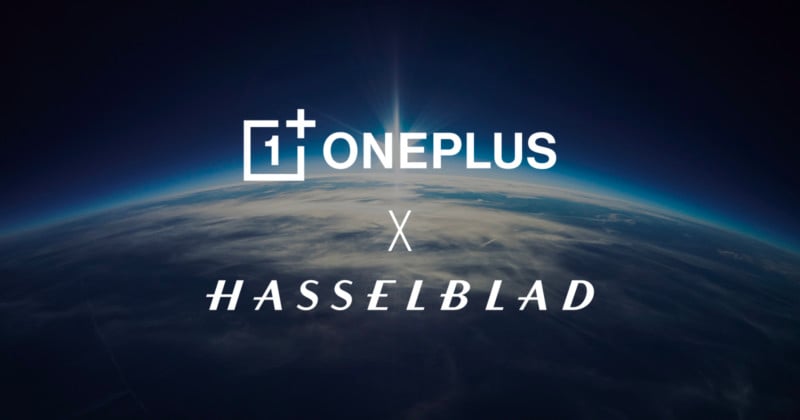 OnePlus has announced that it has entered a three-year partnership with Hasselblad to “co-develop the next generation of smartphone camera systems” for OnePlus flagship devices. The first to benefit from this partnership, the OnePlus 9 Series, will launch on March 23.

Hasselblad has dabbled in expanding its brand outside of its own devices with mixed results. The attachable $250 Hasselblad True Zoom camera for the Motorola series of phones that accepted “Moto Mods” was an image-quality let-down especially considering the bulk it added to the device, but the Hasselblad-branded camera on the DJI Mavic 2 Pro is incredible. It’s not entirely clear how much of a hand Hasselblad actually had in either of these devices, however. Based on this OnePlus announcement, this isn’t just a licensing deal: this partnership is being marketed as an true collaboration. 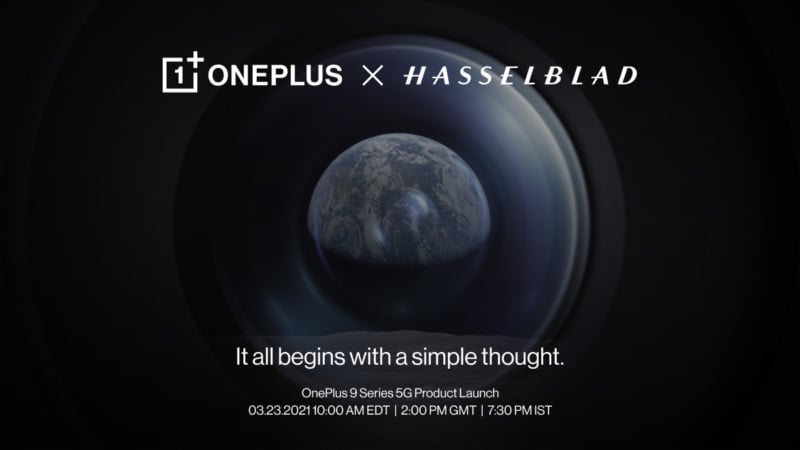 As part of the team-up, OnePlus and Hasselblad will completely revamp the camera interface for OnePlus devices which will be called Hasselblad Camera for Mobile.

“The partnership will continuously develop over the next three years, starting with software improvements including color tuning and sensor calibration, and extending to more dimensions in the future,” OnePlus says. “The two parties will jointly define the technology standards of the mobile camera experience and develop innovative imaging technologies, continuing to improve the Hasselblad Camera for Mobile. Both companies are committed to delivering immediate benefits for OnePlus users, while continuously collaborating to further improve the user experience and quality for the long-term.”

OnePlus says that the first, and most technically challenging, outcome of the partnership is the development of advanced color calibration. Called “Natural Color Calibration with Hasselblad,” the two companies worked for months to verify and fine-tune the color solution that OnePlus says will bring more perceptually-accurate and natural-looking colors to photos taken with OnePlus flagship devices. Natural Color Calibration with Hasselblad will serve as the base of OnePlus’s color calibration for its future smartphone cameras.

OnePlus also is integrating what is being called Hasselblad Pro Mode, which it calls “class-leading sensor calibration” to smartphones and supports capturing photos in up to 12-bit RAW. The result is what the companies promise is incredibly accurate, natural color that will serve as a solid foundation for photo editing.

“Hasselblad Pro Mode has been revamped with a new user interface based on Hasselblad’s image processing software to give users an authentic Hasselblad look and
feel,” OnePlus says. “It also allows for an unprecedented amount of control for professional photographers to fine-tune their photos, with the ability to adjust ISO, focus, exposure times, white balance, and more.” 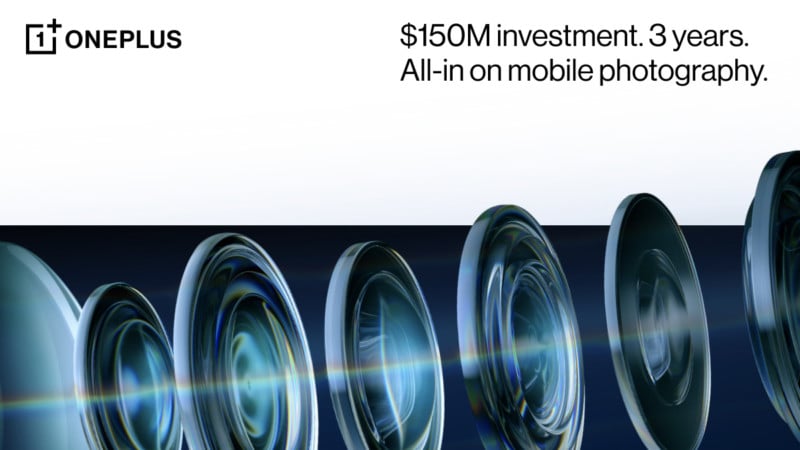 OnePlus will also invest $150 million over the next three years to build out its mobile imaging capabilities. That investment will go towards futher developing four major research and development labs around the world, including two in the United States and Japan. The company also pioneer new areas of smartphone imaging technology such as a panoramic camera with a 140-degree field of view, what it is calling “T-lens technology” which will supposedly allow for lightning-fast focus with the front-facing camera, and what it is calling a “freeform lens” that practically eliminates edge distortion in ultrawide photos and will be first introduced on the OnePlus 9 Series later this month.

Although exactly what to expect out of the OnePlus 9 Series launch is still under wraps, OnePlus’s announcement does confirm Hasselblad’s involvement in the system, which leaked in early February. To provide a bit more information on what to expect, OnePlus has announced that the 9 Series will use a custom Sony IMX789 sensor for what it is calling “the largest and most advanced main camera sensor ever on a OnePlus device.” As mentioned, it will be able to shoot in 12-bit RAW — therefore receiving be up to 64-times more color than before — and will support up to 8K at 30 frames per second and up to 4K at 120 frames per second video.

With this announcement, OnePlus joins Vivo with partnering with a known camera or lens manufacturer in the development of imaging systems for mobile devices. In 2016, Huawei announced that it would partner with Leica to bring advancements to its devices, similar to what both Vivo and OnePlus have promised. Huawei is currently struggling due mainly to the trade ban with the United States, allowing BBK Electronics — the parent company of Vivo, OnePlus, and Oppo — to take the lion’s share of the Chinese market. With Vivo’s partnership with Zeiss and now OnePlus’s partnership with Hasselblad, BBK is poised to expand that dominance internationally.

OnePlus will officially announce the 9 Series on March 23 at 7 AM Pacific Time here.