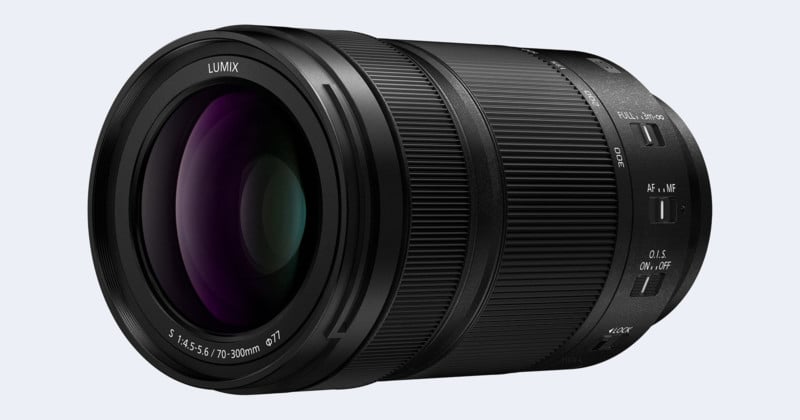 Panasonic has announced the Lumix S 70-300mm f/4.5-5.6 Macro O.I.S. lens for L-mount. The company says it boasts both high performance throughout the zoom range as well as close focusing capabilities which combine into a well-rounded package.

Despite the relatively slow and variable aperture, Panasonic seems confident in the lens’s performance, citing its excellent sharpness and bokeh.

“Specifically, the UHR lens achieves uniform image quality from the center to the edges of the image, while contributing to an overall smaller configuration of the lens unit,” the company writes.

The aperture diaphragm is eleven-bladed with the goal of achieving smoothly-rounded bokeh. At the wide end, the 70-300mm f/4.5-5.6 has a minimum focusing distance of 0.54 meters (~21.3 inches) and achieves a maximum magnification of 0.5x at 300mm. This allows the lens to realize half lifesize macro images in both photo and video applications.

The O.I.S. in the lens name stands for Optical Image Stabilization, which combines with the in-body image stabilization of Lumix S cameras to compensate at up to 5.5 stops at 300mm.

Panasonic says the lens is lightweight and compact despite its large zoom range while also ruggedized with dust and splash resistance (not officially rated by an IP score) and can withstand conditions as low as 14 degrees Fahrenheit or -10 degrees Celcius. 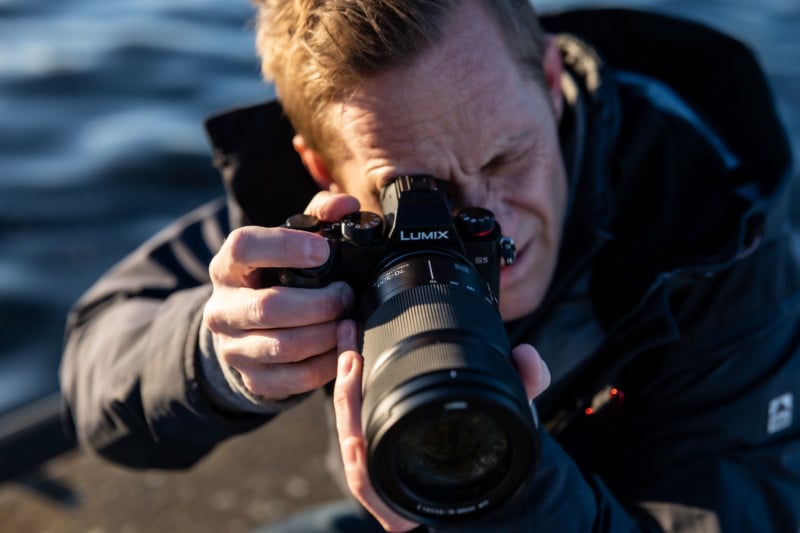 The 70-300mm f/4.5-5.6 may also appeal to video shooters as it has a mechanism that minimizes focus breathing, a feature that can be found in all Lumix S Series lenses. Additionally, Panasonic says that focus shift is suppressed during zooming while the company also promises exceptional zoom tracking performance.

Finally, Panasonic promises that additional L-mount lenses are on the way, including three more f/1.8 optics it says are “under development.”