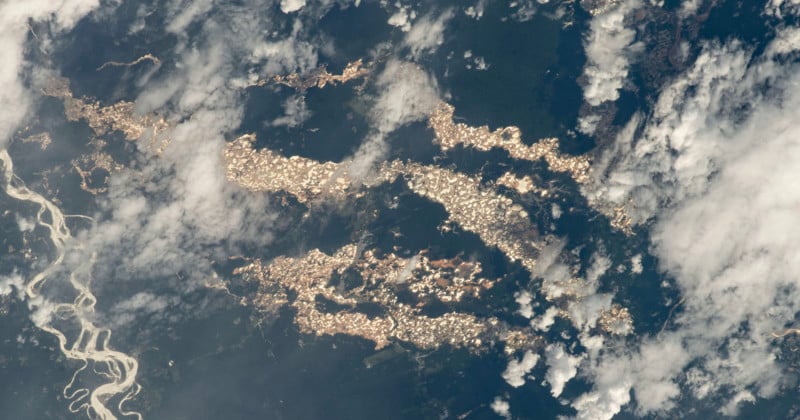 An unnamed astronaut aboard the International Space Station recently captured this stunning photo of “gold rivers” in eastern Peru. These pits stand out unusually brilliantly here, as they are usually obscured by cloud cover or outside the sun’s glint point.

This rare view of the pits shines brightly thanks to reflected sunlight, and as NASA describes, can be seen next to the many channels of the Inambari River on the left side of the image. The river and pits slice through the otherwise unbroken rainforest in Peru’s Madre de Dios state.

In this very wet climate, the prospecting pits appear as hundreds of tightly packed water-filled basins. Likely dug by garimperos (independent miners), each pit is surrounded by de-vegetated areas of muddy spoil. These deforested tracts follow the courses of ancient rivers that deposited sediments, including gold. For scale, the western tract at image center is 15 kilometers (10 miles) long. 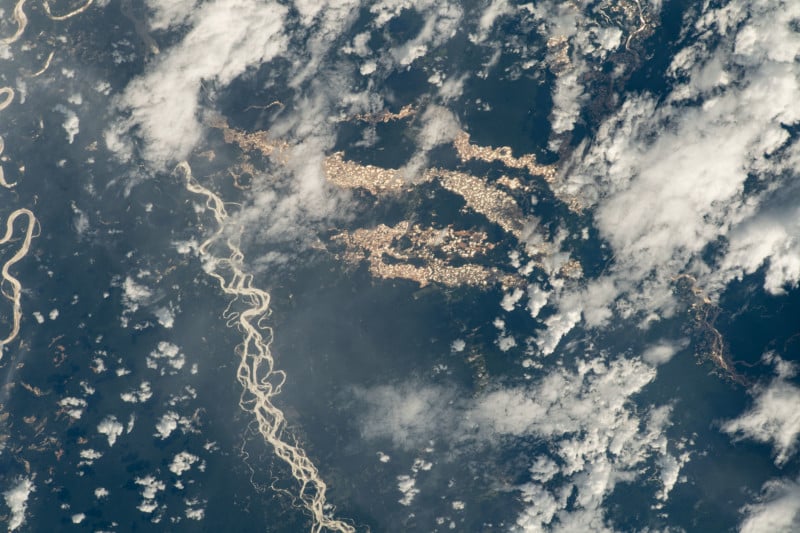 Peru is the sixth-largest producer of gold in the world, and Madre de Dios is the center of one of the largest independent gold mining industries in the world. It should also be noted that mining is a major cause of deforestation in the region, and can also cause mercury pollution from the gold extraction process to leech into the surrounding soil. That said, tens of thousands of people earn a living from this unregistered mining.

To give an idea of scale, the western tract at the image center is 10 miles long. 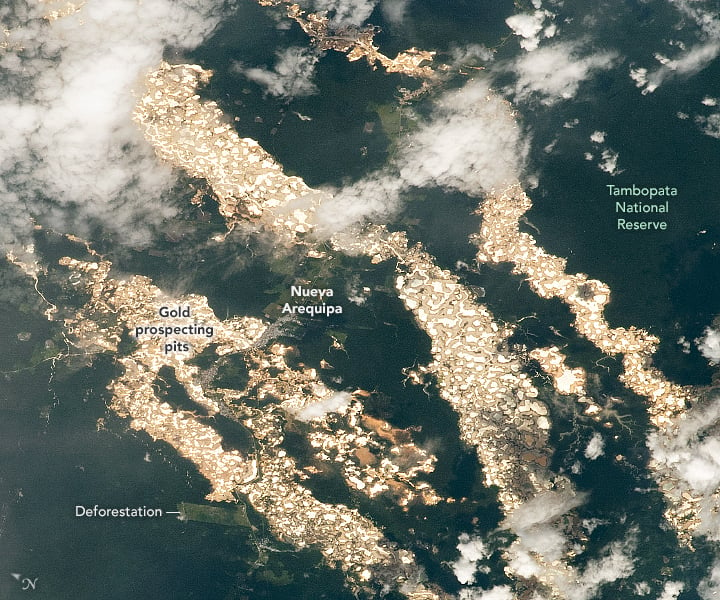 The small town of Nueva Arequipa is visible along the Southern Interoceanic Highway which was inaugurated in 2011 to be the only road connection between Brazil and Peru. It was apparently originally intended to act as a stimulant for trade and tourism but has instead seemingly resulted in large swaths of deforestation along its route. On the far right of the image is the Tambopata National Reserve, one of the places in the region that is protected from mining.

So while beautiful and unusually bright in this photo from space, this image only exists at the cost of considerable damage to the environment.