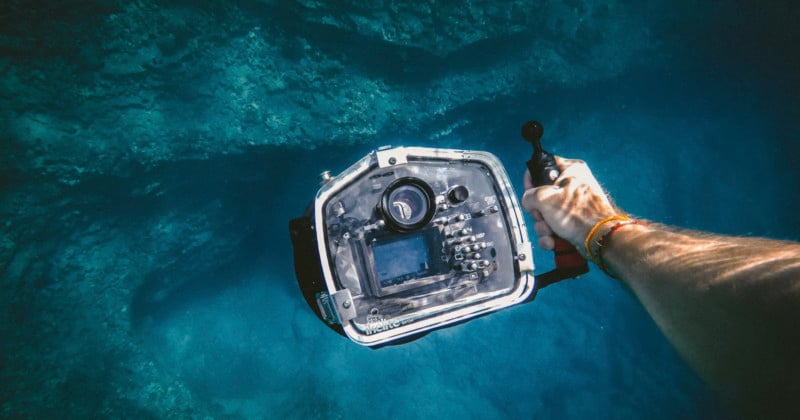 Fior Markets, a self-described futuristic market intelligence company, is predicting a massive boom in underwater cameras. In its forecast, it’s anticipating the market to reach a value of $15.3 billion by 2027.

Right now, underwater cameras are pretty niche and usually considered a bonus feature of action cameras outside of specialized cameras like the Olympus TG-6. But as the sale of action cameras stagnates and the overall camera market is in decline (especially fixed-lens cameras like the Olympus), it’s hard to believe that the future of the market will head under the sea.

But Fior Markets predicts that the global underwater camera market is expected to grow from the $4.8 billion it saw in 2019 to a staggering $15.3 billion by 2027. So not only is Fior anticipating the market to head in the underwater direction, it anticipates consumers will gobble up the cameras in huge numbers, directly in contrast with the sales figures of the rest of the camera market. “The global underwater camera market has witnessed significant growth in recent years,” Fior says. “This growth is attributed to the rapid urbanization and increasing consumer spending capacity of the consumers, increasing penetration of the Internet and the rising influence of social media, and rising adoption of underwater cameras.”

Fior says that increased demand for what it calls “high-performance” underwater cameras will propel the market forward. These cameras would be the kind that are specially designed to capture images and videos underwater, primarily by consumers who are enjoying snorkeling or swimming but also for those that are remotely operated by underwater vehicles.

“The global underwater camera market is expected to witness significant growth, owing to the growing trend of sharing videos and photos over networking sites, advancements in technology, and the growing popularity of smart action underwater camera,” Fior claims. “The factors hampering the market growth are lack of awareness among individuals in some regions and the high cost of the products.”

Fior says that the major players in this game are likely to be names you’ve heard before: Sony, Olympus, GoPro, Fujifilm, Ricoh, Canon, Panasonic, and Nikon along with those outside the imaging space like Brinno, Subsea Tech, Garmin, Steinsvik, and Ocean Systems.

As much as it would be an interesting move to see the market shift to underwater, Fior doesn’t cite many concrete examples of the underwater market being the future for the big names in imaging. Its two standout examples are Tidal, an AI camera company that was focusing on making fish farming more sustainable by inspecting fish populations, and Sony with its advanced autofocus systems deployed in the a6100 and a6600 cameras. While both these things are true, they do seem to lack any kind of tangible connection.

While it is easy to remain unconvinced, there is certainly interest in underwater photography. Last year, PetaPixel shared a story on the development of an underwater drone by Geneinno which showed incredible popularity. The positive response to just the idea of taking modern aerial drone technology and applying it to the exploration of the Earth’s seas seemed to resonate with photographers, so while Fior Markets doesn’t appear to present much hard data to back up its claims, perhaps the organization isn’t too far off from the truth.