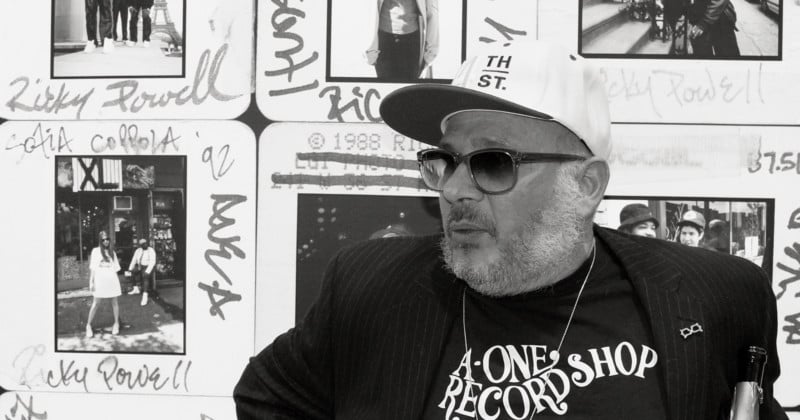 New York photographer credited with “era-defining portraits” of the Beastie Boys, Andy Warhol, and Run-DMC has passed away. The death of “the Fourth Beastie Boy” has been confirmed by his manager.

While the official cause of death has not been determined, Powell had been diagnosed with chronic obstructive pulmonary disease last year and had ongoing trouble with his heart. Powell was found dead in his West Village apartment on February 1. He was 59.

After graduating college, Powell started out by selling lemon ices on the streets of New York and picked up photography as a hobby. The New York Times describes Poweel as an “inveterate walker,” and took advantage of his time on the streets by photographing things he saw constantly, which included capturing images of Jean-Michel Basquiat and Andy Warhol.

His early work seems as though he took advantage of being in the right place at the right time, and is described as being “proximate” to the emergence of the Beastie Boys which catapulted him into an unanticipated career as the band’s photographer on their 1986 tour. Some of the photos he captured on tour became culturally significant, propelling Powell to fame and leading to the aforementioned nickname “the fourth Beastie Boy.”

He provided insight into New York’s underground culture in the 1990s for the caple access show Rappin’ With the Rickster and published four collections on his photography including the books Oh Snap! The Rap Photography of Ricky Powell, The Rickford Files: Classic New York Photographs, and most recently The Individualist, which is centered around the fashion, street art, and hip hop during the latter portion of the 1980s.

Powell was the subject of a 2020 documentary based on that latest book, which depicts his rise to fame and life with celebrities.

His work has been featured domestically and internationally in both solo and group exhibitions from the Fine Arts Gallery in New York, to the Lab 101 Gallery in Los Angeles, to Milk Bar in San Francisco.

(via ARTnews and New York Times)