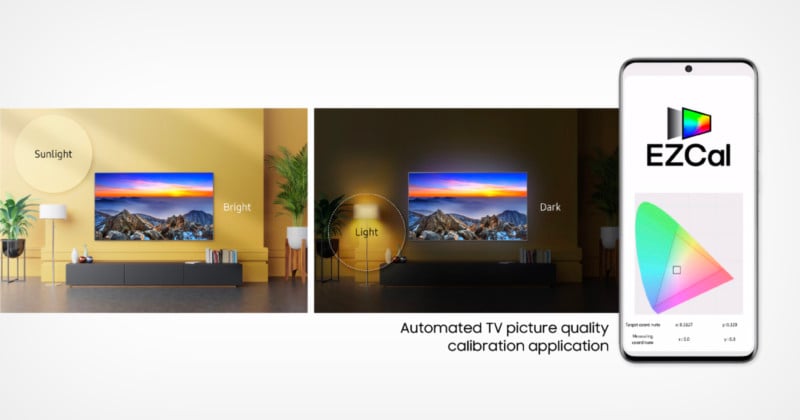 Screen calibration has been something that the general consumer population doesn’t pay much attention to, but photographers and filmmakers swear by. One of Samsung’s C-Lab projects might finally change that, making it easier for anyone to attain color accuracy.

Samsung’s C-Lab Program is the company’s in-house idea incubation program that it says encourages a creative culture and nurtures innovative ideas from Samsung employees. Created in 2012, C-Lab has supported over 220 projects and is a regular fixture at the Consumer Electronics Show (CES) annually.

Given the lack of opportunities startups have had in participating in in-person industry exhibitions amid the pandemic in 2020, Samsung is supporting the virtual participation of the startups at this year’s CES to help them attract potential investors and buyers. Also exhibiting at CES for the first time this year are local startups incubated by Samsung in collaboration with Daegu Center for Creative Economy & Innovation and Gyeong-buk Center for Creative Economy & Innovation.

Finally, there is EZCal which is described as an automated TV picture quality calibration application for cinema-level viewing quality.

Scant few details about how EZCal will work have been revealed, but if it makes any progress on how the process of screen calibration has historically been done, that’s a good thing.

It is highly likely that the ability to calibrate the screen will be tied to it running Samsung’s Tizen software since that is how Samsung currently coordinates communication between phones and its televisions. But given that you can manage Samsung devices on iOS using the Samsung Smart Things app, you might not be required to use a Samsung mobile device to gain access to the calibration ability. This is all speculation of course, and more details on how EZCal will work should be available during CES.

Unfortunately, Engadget reports that C-Lab projects tend to flame out after CES presentations and rarely make it to successful standalone projects. That said, EZCal doesn’t need to operate as its own separate entity, and seeing it folded into the Smart Things app feels like an apt place for this technology to reside. If nothing else, perhaps this move will help spur other companies towards designing ways to calibrate screens easier, and hopefully this technology will make its way to computing monitors and not stay tied just to televisions (although thanks to major advancements in television technology, using a TV as a monitor is becoming more popular).