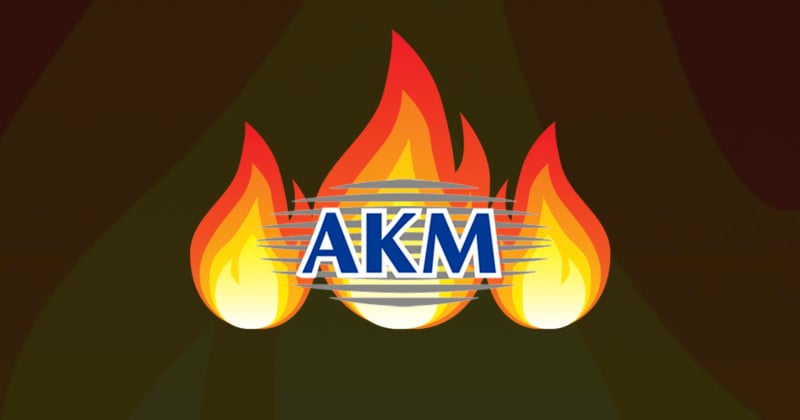 In late October, a massive fire completely destroyed the AKM parts factory in Japan. While mostly responsible for A/V parts manufacture, speculation that it could affect the camera industry popped up a few weeks later. A new notice of camera parts shortage from Sony appears to confirm that link.

Asahi Kasei Microdevices (AKM) is responsible for producing parts that are critical to the production of A/V products, namely analog-to-digital converters (ADCs) and digital-to-analog converters (DACs). Both parts are hugely important in televisions, mobile phones, and any device that turns digital audio or video signals into analog video signals. At the time, there was some concern that the loss of this factory would have dire implications for parts availability in televisions, soundbars, disc players, and more.

Strate-Gee was able to confirm off the record that some companies did not intend to see any changes to supply chains, but several other manufacturers referred to discuss the matter at all, both on or off the record. PetaPixel was also unable to confirm any details from specifically camera industry contacts.

When a trusted contact refuses to discuss a topic on or off the record, it is often a sign that there is considerable worry inside these companies. In order to prevent a breakout of panic, many manufacturers who rely on the factory to produce components would simply act as if nothing was happening, and express that there is no reason for concern.

AKM says that it believes it can curtail dramatic disruptions to the supply chain and can get the factory back up and online within six months, but the statement is likely designed to attempt to prevent panic. The damage to the factory was near-total, as the fire was able to burn for 82 hours. Rebuilding the facility in six months feels extremely optimistic. As for shifting production to subcontractors, it may help stem the tide a bit but it is unlikely the effects of losing the factory will not be felt.

When Inside Imaging first reported that the fire would have some effect on the camera industry, it was hard to look at that report without skepticism. The parts that AKM makes are not generally tied to cameras, and as such sounding the alarm that there might be shortages in this segment felt premature. In a year where camera manufacturers were hit extremely hard by the Coronavirus pandemic, the last thing they would need would be a shortage of parts availability right when sales were starting to recover.

Unfortunately, it appears as though Inside Imaging’s report may have been correct. The timing of a notice of apology that Sony Japan has issued regarding a supply chain shortage seems too closely tied to the timing of the loss of this factory to be a coincidence.

Published on Sony Japan’s website, this “Notice and apology for supply of digital imaging products” reads as translated:

In the digital imaging category (Cyber-shot, α, Handycam, Action cam), it is expected that some models will not be able to supply enough to meet the demand due to the problem of parts supply, so it will take a while until the product is delivered. It may take some time.

We deeply apologize for any inconvenience caused to our customers.

It is likely Sony has some stock of the required parts but has internally had to reevaluate which products will receive those parts. The company may very likely be halting the production of these products because they have lower demand.

It is unclear if this fire will have wider near-term effects on the camera industry, but it is very likely that if AKM does not get its factory back up and operating quickly, the stock of these important parts will run out.

(via Inside Imaging, Sony Alpha Rumors, and Strata-Gee)