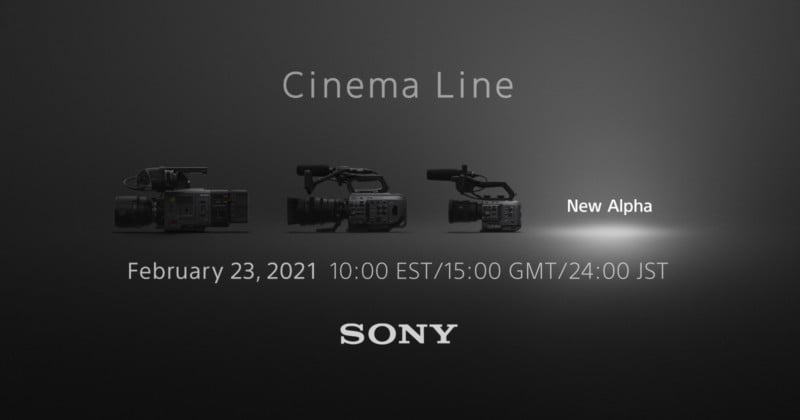 Sony has announced via Twitter that it will unveil its latest Cinema Line camera on February 23, 2021. Calling it “New Alpha,” this is likely the official reveal of the Sony FX3, the compact cinema camera that leaked online last week.

Sony hasn’t provided any more details officially, however its imagery seems to indicate that whatever will be announced will be compact. The graphic posted to Twitter shows the Sony Venice, FX9, and FX6 in order from largest to smallest in physical size, with the “new Alpha” blank space displayed to the right of the FX6 seeming to indicate that whatever the camera is, it will be the smallest of the group. 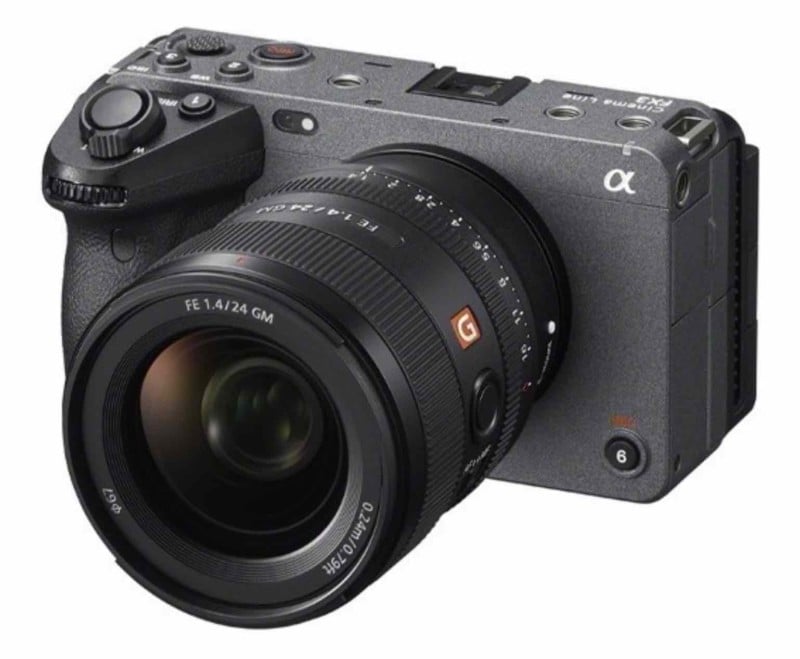 Multiple images of the purported soon-to-come FX3 have leaked online over the past week that shows a body design that takes some cues from the Alpha series while also integrating features found on competitor cameras like the Panasonic S1H and Blackmagic Pocket Cinema Camera.

While this camera will be in the Cinema Line, the design breaks with the FX6, FX9, and Venice cameras and abandons the camcorder look. If leaked images are to be believed, not only will the FX3 be more compact and easier to operate with fewer buttons, it also will very likely take photos as indicated by both a dedicated video record button and a traditional still camera shutter button. The photo above was deleted by its original uploader but shared on Twitter.

The rumored price of the FX3, which is expected to not shoot 8K but instead focus on high framerate 4K capture — up to 120 frames per second –is 3,750 Euro (~$4,600). What also isn’t clear is how this camera will differentiate itself from the A7S III, which seems to share many of the rumored specifications of the FX3. Other than physical design adjustments, such as a body that is more obviously designed to work in cinema camera cages, it remains to be seen why this camera would be a better choice for video shooters than Sony’s low-light video champ or worth the extra price. It is possible that the adjusted body design is the major selling point.

Whatever the case, PetaPixel will have the full details available once they have been made public.