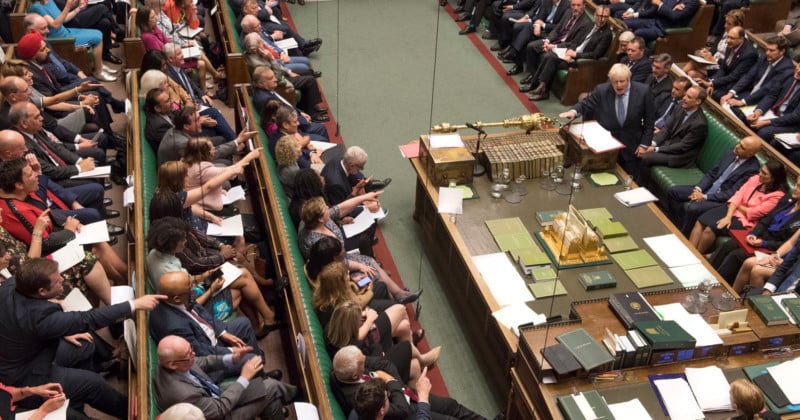 In a role that is open until October 22, the United Kingdom’s Cabinet Office is looking for a photographer to document and “promote the work of Ministers and the wider government visually.” The job involves international travel, constantly changing requirements, and frequent after-hours work.

Given the success other high-profile government photographers like Pete Souza, it’s likely fair to say the Britsh government sees the value of good publicity. The job description, which you can view for yourself at the U.K. Civil Service Job Board, reads like a mirror to what Souza described as being required of him in an interview we shared recently.

The role is based in Whitehall, and the listing reports that the post holder will work to promote the British government visually. The Guardian speculates this is in response to the challenges the current administration faces: “Downing Street’s critics might argue that making the government look good at present is a tough task as it faces a bruising time, lurching from one Covid-related crisis to another,” the British website reports.

Much like Souza has said publicly, the role states that “No two days will ever be the same in this role.” It goes on, stating that “one day you may accompany a Cabinet Minister on an international visit, working closely press officers across Whitehall to deliver a series of coordinated announcements, and the next you will be working in the Cabinet Office producing innovative visual content.”

The job posting makes clear that the ideal candidate will require confidence and determination to get an image, combined with a strong sense of awareness and a nose for newsworthy situations. As a photographer in such a high profile role, the person in the role will have to be able to sense a photo opportunity before it happens, and position themselves accordingly.

The photographer will work in tandem with Prime Minister Boris Johnson’s personal photographer, so the role won’t focus on making the chronically disheveled British leader look good. Instead, this role will likely see the photographer deployed over a much larger group of political figures, arguably making the job much tougher than focusing on one individual.

If you are in the area of Whitehall, London and are interested, you can apply here.