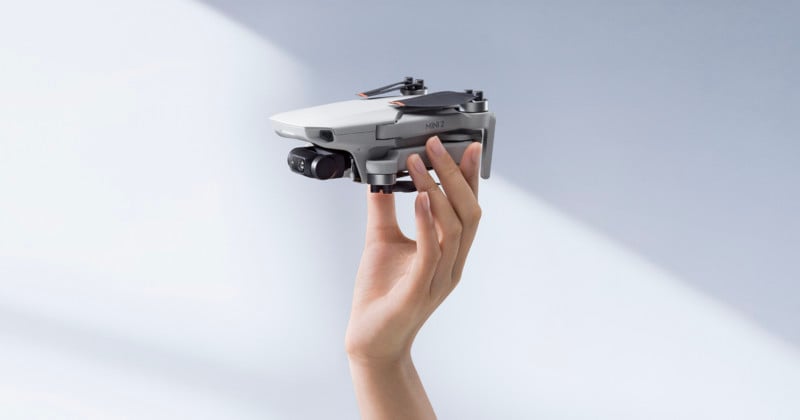 DJI has announced the Mini 2, the second iteration of the tiny folding drone. It still stays small, enough to keep it under FAA registration requirements, but bumps video quality up to 4K and adds DNG RAW photo capture.

Almost exactly a year ago, DJI announced the original Mavic Mini as a pocket-sized drone capable of 2.7K 30p video captured at 40 Mbps. The latest version drops the “Mavic” name (DJI seems to be simplifying product names across the board with both the Ronin and Osmo brands dropped in the last two announcements) but sees some pretty notable improvements over the original. 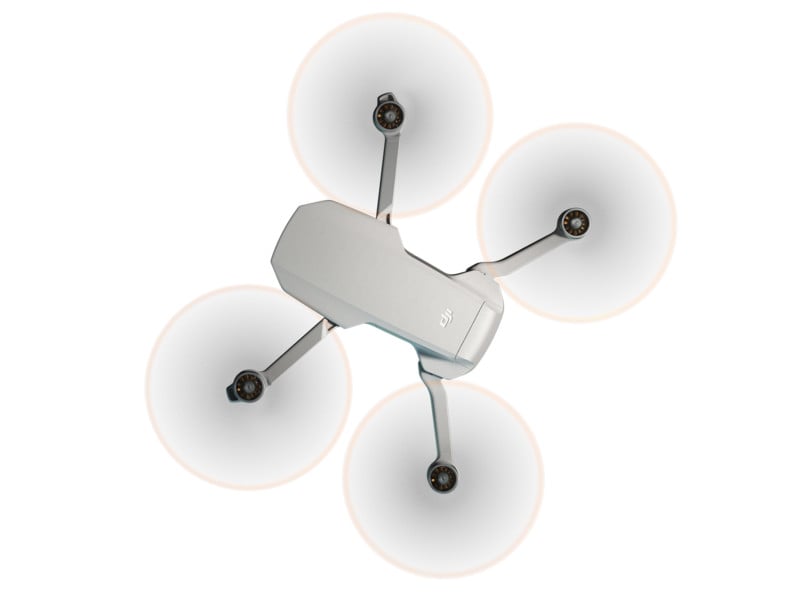 The drone’s video capture chops have been boosted to 4K at up to 30p at a 100 Mbps data rate and the Mini 2 can also shoot in DNG RAW (the previous version could only capture JPEGs). If you plan to shoot video in 1080p Full HD, the Mini 2 includes a new digital zoom feature. You can get up to 4x zoom in full HD (2x lossless quality zoom), 3x zoom in 2.7K, and 2x zoom in 4K.

DJI Mini 2 has impressive upgrades to vital flight performance features compared to the original version. OcuSync 2.0 technology has now been incorporated, which is DJI’s proprietary transmission technology it uses to ensure a stable, long-distance connection between the remote controller and the drone. Dual-frequency technology automatically switches between channels to help against interference. DJI Mini 2 has a maximum transmission range of 10 km, which is a 150% increase in transmission range when compared to the original Mavic Mini.

DJI also upgraded the motors, and while the change only results in an additional minute of flight time (31 minutes versus the original Mini’s 30 minutes), the new motors also result in faster acceleration and speed as well as the ability to withstand winds of up to 24 miles per hour. 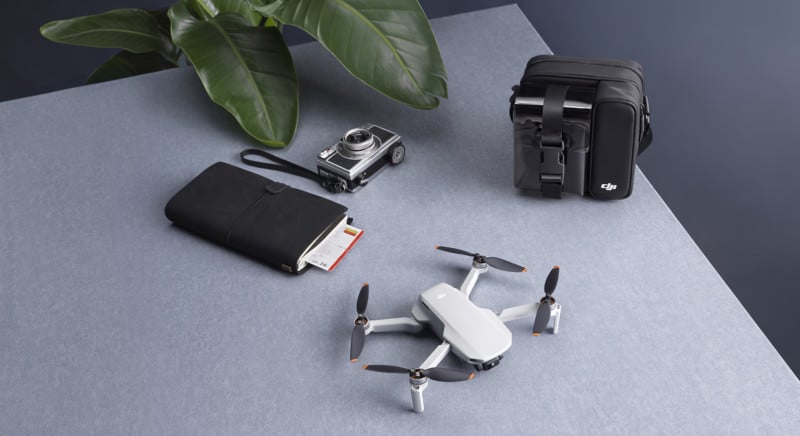 With the Mini 2, DJI continues to use simplified buttons and functions to keep things streamlined and easy to understand compared to its more advanced drones. But like all DJI drones, high-grade positioning and vision sensors help Mini 2 hover precisely in place. GPS keeps track of where the drone is while the vision sensors on the bottom map out the ground below it and assist automated landing. 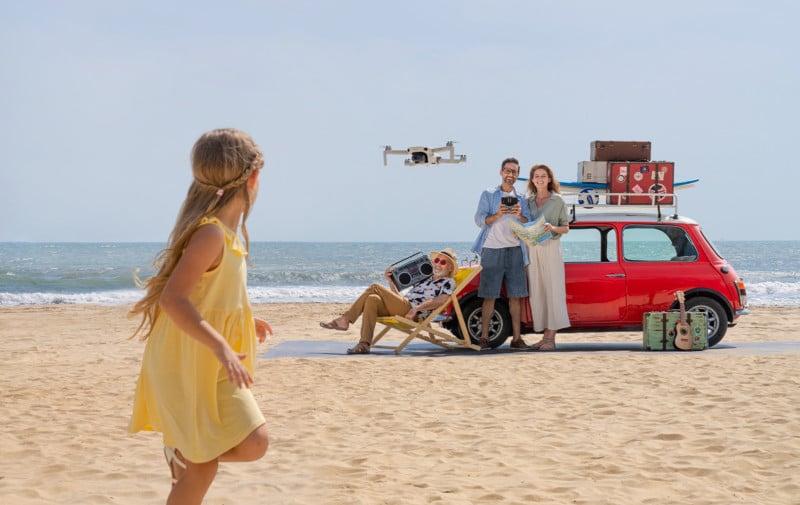 The Mini 2 incorporates the same QuickShot modes of the previous version, but adds one more: Boomerang.

The small orange LED pictured above is one of the new accessories that DJI is offering with the Mini 2. Called the Snap Adapter, it’s a small LED screen that messages can be written on. Also pictured are the other accessories like the propeller guards, a Creative Kit that is full of custom or blank stickers to decorate the drone, and the “fashionable” DJI Mini Bag+.

DJI is also offering a new display platform called the Charging Display Case which is sold separately for a price that wasn’t provided. The domed case displays the drone, doubles as a charging platform, and lights up. It’s clearly not something anyone who buys the Mini 2 will need, however, it’s hard to deny how good it looks. 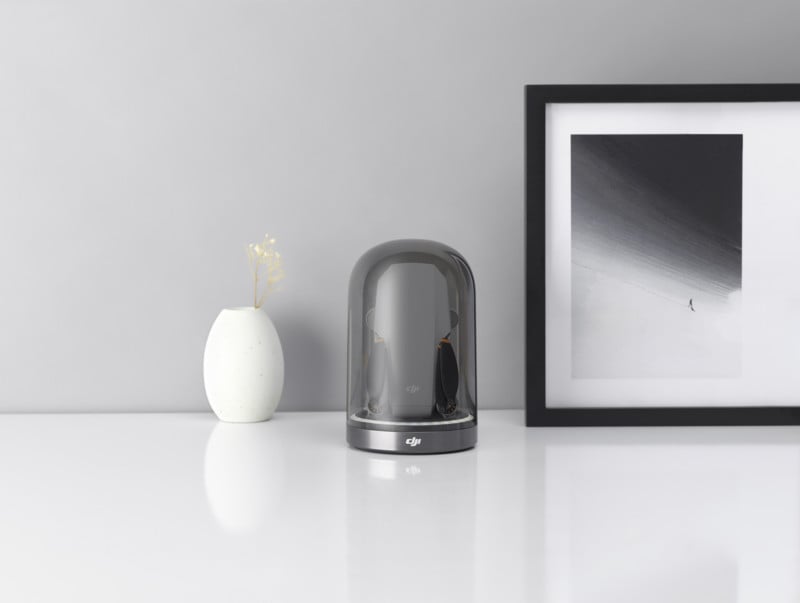 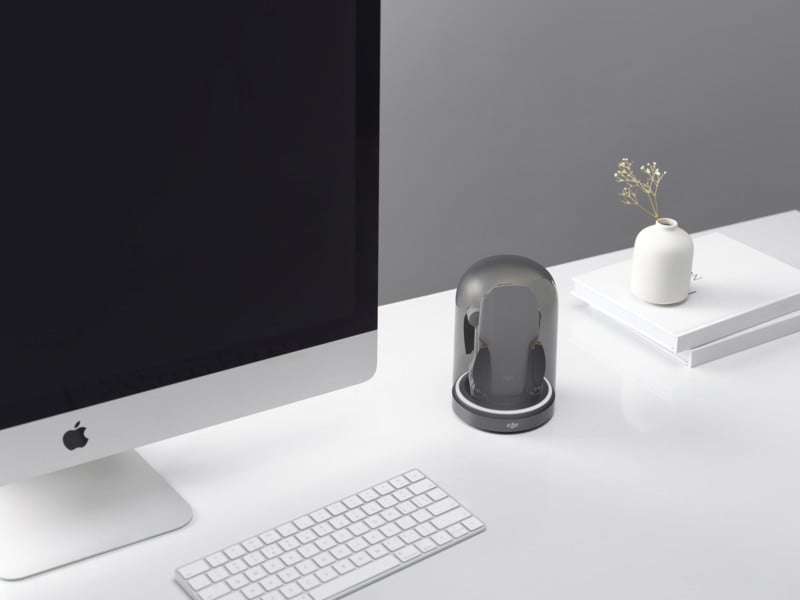 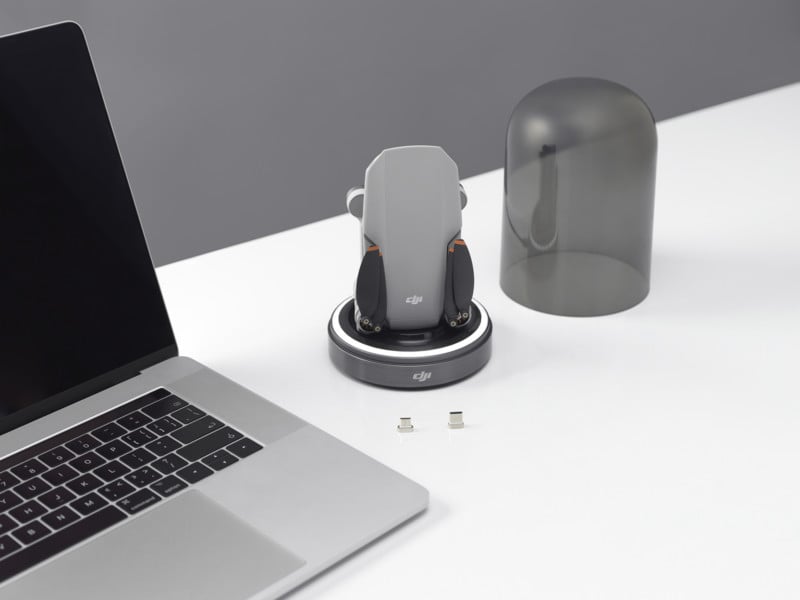 The DJI Mini 2 is $50 cheaper at launch than the previous version and includes the drone, controller, and a single battery for $349. The Fly More bundle includes the drone and controller but also three batteries, a charging hub (a charging brick of sorts not to be confused with the domed display charger), and a carrying case for $599. The drone is available today from DJI’s online store.