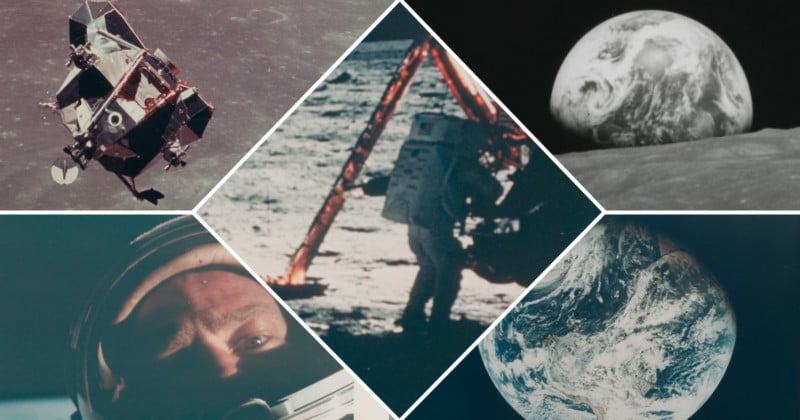 The only photo captured of Neil Armstrong on the moon is up for auction along with approximately 2,400 vintage original photographs showcasing NASA’s golden age of space exploration, many never seen by the public. It is the most comprehensive private collection of NASA photographs ever presented at auction.

Titled “Voyage To Another World: The Victor Martin-Malburet Photograph Collection,” the auction will see well-known iconic photos as well as images that were not released by NASA at the time of the missions. According to the auction description, while there were a great number of images that instantly became pop-culture touchstones, there are a wealth of photos that were accessible only to accredited researchers in the archives of the Manned Spacecraft Center in Houston.

“These rare pictures lay uncelebrated for decades, such as the first photograph of Earthrise, the only photograph of Neil Armstrong on the Moon and incredible panoramas taken by each of the 12 astronauts who walked on the Moon,” the official release states.

The collection was assembled over the course of 15 years by Victor Martin-Malburet and includes a corresponding catalog – thanks to mission transcripts from NASA – that retraces the events of mankind’s foray into space.

Voyage to Another World Part I (open for bidding from November 6 to 19) features Projects Mercury, Gemini, and Apollo, from the birth of the Space Age to Eagle’s landing on Apollo 11, including Apollo 8, the first mission when humans left Planet Earth and explored deep space and lunar orbit. Voyage to Another World Part II (open for bidding from November 6 to 20) features missions Apollo 11 to Apollo 17, from Neil Armstrong’s first step to Eugene Cernan’s last step on the Moon, including the great voyages of exploration with the Lunar Rover which allowed the astronauts to travel dozen of kilometers on the lunar surface.

The photos on sale have an estimated value from around $1,060 to upwards of $39,650. The full list of items in the auction can be viewed here.