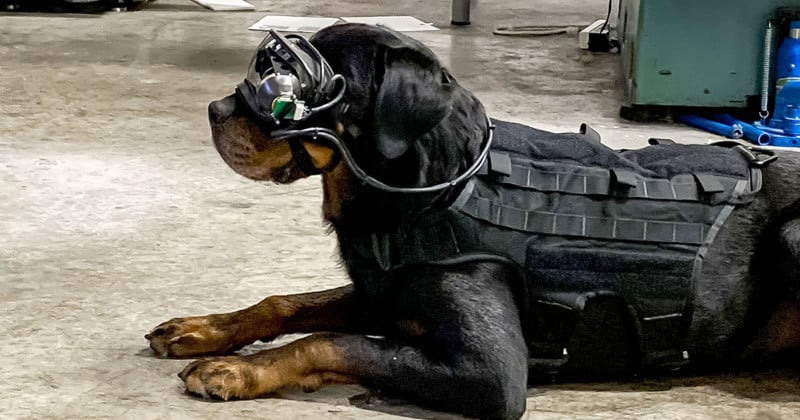 Augmented reality camera glasses haven’t broken into the mainstream yet, they’re already making their way to dogs. The US Army is showing off new AR camera goggles that are designed to be worn by military dogs in the field.

“Military working dogs often scout areas for explosives devices and hazardous materials and assist in rescue operations, but giving dogs the necessary commands to perform these missions can put Soldiers in harm’s way,” the US Army says. “Augmented reality may change that.”

Funded by the US military and developed by a Seattle-based company called Command Sight, the new goggles will allow handlers to see through a dog’s eyes and give directions while staying out of sight and at a safe distance.

Command Sight has built the first wired prototype of the glasses so far, providing a proof of concept to show the technology’s potential. Researchers are aiming to make the next version wireless.

“The system could fundamentally change how military canines are deployed in the future,” says Command Sight Dr. A.J. Peper, based on initial feedback the company received. 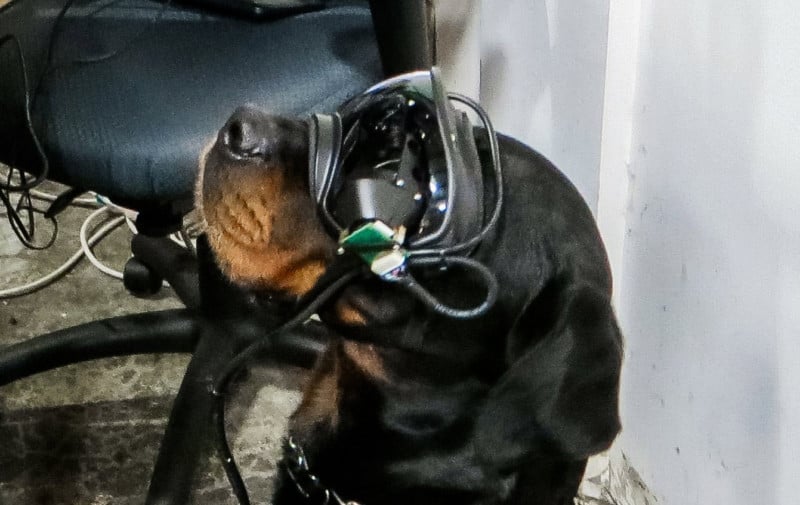 While looking through the dog’s eyes thanks to the goggle’s built-in camera, the handler can direct the dog by controlling an augmented reality visual indicator seen by the dog wearing the goggles.

Dog-mounted cameras are usually worn on the back, but moving the camera to the dog’s face has advantages.

“Even without the augmented reality, this technology provides one of the best camera systems for military working dogs,” says Army Research Office senior scientist Dr. Stephen Lee. “Now, cameras are generally placed on a dog’s back, but by putting the camera in the goggles, the handler can see exactly what the dogs sees and it eliminates the bounce that comes from placing the camera on the dog’s back.”

Researchers are planning to spend two more years creating the production-level wireless version of these goggles, and once that prototype is done, they’ll obtain more feedback and do necessary revisions before manufacturing begins.

(via US Army via Engadget)

Image credits: Photographs by Command Sight and via the US Army