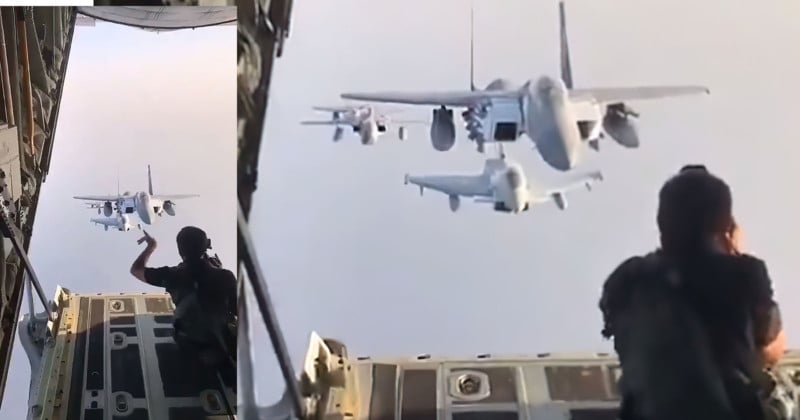 Ever wonder how head-on photos of fighter planes flying in formation are captured? All you need to do is sit on the open ramp of a military transport plane while the subjects follow close behind.

A second video shows the photographer shooting photos of the individual planes as they peel off from the formation one by one:

The photographer, apparently sitting in a C-130, is photographing two F-15s (in the front and back), a Typhoon, and a Tornado.